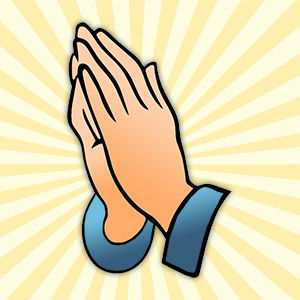 Manfred ‘Mannie’ Kruel was called home to his Lord and Savior on Monday, January 30, 2017 at his home in Mayville. Funeral services for Mannie will take place on Saturday, February 4 at 12 p.m. at St. John Ev. Lutheran Church, Horicon with the Rev. Richard J. Boeck, Jr. officiating. Visitation will be held on Friday, February 3 from 4 p.m. until 7 p.m. at the Koepsell Funeral Home in Mayville, and also on Saturday, February 4 from 11 a.m. until the time of the service at 12 p.m. at the church. Burial will follow at St. John’s Cemetery, Mayville, WI.Mannie was born on October 26, 1938 in Horicon, the son of Frederick and Vinelda (Broecker) Kruel. He was received into the Kingdom of his Lord on November 14, 1938 at St. Stephen’s Lutheran Church and professed his faith in the rite of Confirmation on April 6, 1952 at St. Stephen’s Lutheran Church by Rev. Frederick Schwertfeger.Mannie was a 1956 graduate of Horicon High School. He entered the U.S. Air Force in 1957. He married the love of his life Doris Griepentrog on September 26, 1959 at St. John’s Lutheran Church in Horicon and then made their home in San Antonio, Texas. They then moved to Mayville after his discharge. Mannie then joined St. John’s Lutheran Church in Horicon and served on Church Council, Elder, Secretary, and Head Usher for many years. Over the years Mannie was employed at Dawson Motors, Schultz Ford, Dorst Metal, and then retired from Mayville Engineering Company after 35 years.Mannie’s greatest love was his wife, children, and grandchildren. He also enjoyed fishing, woodworking, yard work, working on his car, and traveling.Mannie is survived by his children; Kim (Kelly) Guse of Brownsville, Kurt (Robbin) Kruel of Horicon. Grandchildren; Meagan of Milwaukee, Marissa Guse of Brownsville, Andrew Rinderman of Albuquerque, NM, Makaria Rinderman of Davison, MI. Step brother- Leon Steinbach of St. Louis, MO. Sister in law; Jeanette Welak of Mayville. Brother in law- William Griepentrog of Horicon and other relatives and friends. He was preceded in death by his parents, wife Doris in 2011, and one step brother John Steinbach, one brother in law Eugene Welak, and one sister in law Delores Griepentrog.Memorials may be directed to St. John’s Technology Fund.