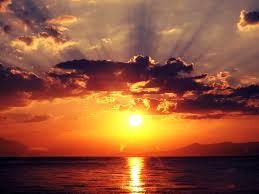 Marie P. Myrick, 96, passed away peacefully on Sunday, October 11, 2020 at Southern Pines Nursing Home, New Port Richey FL. Marie was born on September 24, 1925 in Guin, Alabama to Robert and Pearlie (Robertson) Palmer. She was very close to her sister Ruth Palmer Heffron. After High school, she moved with her sister to Baltimore and then to Washington DC, where she met and married George F. Myrick on June 29, 1957. George and Marie were sailboat skippers, traveling the Caribbean. They finally settled in the Virgin Islands, where she and George started from scratch to create an Island resort called the Sand Castle and operated for 22 years. They relocated back to the states, settling in Sebring, FL. She and George resided in Bayonet Point until failing health. They then moved to New Port Richey with her sister Ruth Heffron. Marie’s passion was the sun and warmth of the Caribbean, working her vegetable and flower garden, where she and George hosted many visitors to their Sand Castle Island. Marie is survived by her best friend Judi Mangas and family, of New Port Richey, FL; two nieces; Gaylor Palmer Rehfeldt and Brenda Palmer Meyer both of Wisconsin. She was preceded in death by her parents; husband George Myrick, sister Ruth P. Heffron and brother-in-law Louis Heffron, brothers Murphy Palmer Sr., Columbus MS, Reuben Palmer (wife Ardey), Saraland, AL., sister-in-law Patricia Carr Palmer and nephew Murphy Palmer Jr., Washington state. There will be no services per her request. Her cremains along with her husband George will be buried at a later date in Lovejoy Cemetery, Beaverton, AL. Morgan Funeral Home New Port Richey FL and Norwood Funeral Home, Guin, AL, are assisting Judi Mangas and Brenda Palmer Meyer with arrangements. If one wishes to make a contribution, please do so to any St. Vincent De Paul Society in honor of Marie Myrick.