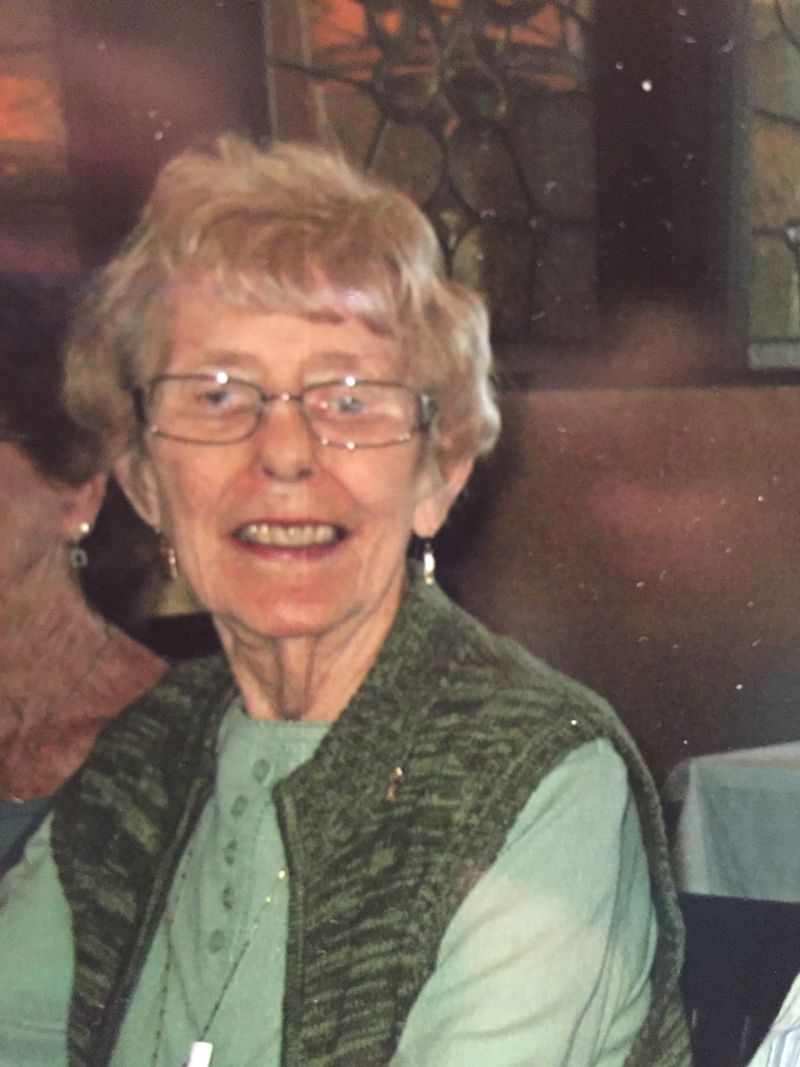 Marilyn A. Diesler, age 80, of Beaver Dam passed away on Tuesday, December 22, 2015 at Beaver Dam Community Hospital.Funeral services for Marilyn will be on Monday, December 28, 2015 at NOON at First Ev. Lutheran Church in Beaver Dam with the Rev. Mark Jensen officiating. Visitation will also be on Monday, December 28th from 11:00 a.m. until the time of service at NOON at First Ev. Lutheran Church in Beaver Dam. Inurnment will take place at a later date at Highland Memory Gardens in the Township of Trenton, Wisconsin.Marilyn was born on November 26, 1935 in Beaver Dam to the late Arnold and Esther (Cigelske) Boeder. She graduated from Beaver Dam High School in 1953 and was united in marriage with Joseph Diesler, Jr. on October 9, 1954 in Beaver Dam. Marilyn worked as the Executive Secretary at Bank One (currently Chase Bank) for 21 years. After retiring in 1993, she and her husband spent the winters in Florida for many years. Marilyn was a past member of the American Legion Auxiliary and the 40 & 8 Auxiliary. She enjoyed meeting with a craft group once a month that consisted of past co-workers; she also met with a group of classmates once a month for lunch. On Wednesdays, Marilyn enjoyed eating lunch and playing Bingo at the Senior Center; she would go to the American Legion Hall on Sunday evenings where they held Bingo. Marilyn also enjoyed taking bus trips to the casinos, as well as, playing golf and playing cards. She volunteered at the hospital for 17 years and was a member of First Ev. Lutheran Church in Beaver Dam.Marilyn is survived by her son Dan (Becky) Diesler of Mukwonago; her son-in-law David Bilke of Sayner; three grandchildren: Jake Diesler, Eric Bilke and Beth Ramos; three great grandchildren, Ryan Bilke and Alex and Emilio Ramos; her sister, Carolyn Anderson of Harshaw. She is further survived by other relatives and friends.She was preceded in death by her parents; her husband in 2011; her daughter, Sherryl Bilke in 2009; her brother-in-law, Don Anderson; and her step-father, Norbert Burchardt.If desired, memorial donations may be directed to First Ev. Lutheran Church in Beaver Dam.The Koepsell-Murray Funeral Home and Cremation Services in Beaver Dam is serving the family. Online condolences for Marilyn’s family may be made at www.koepsellfh.com