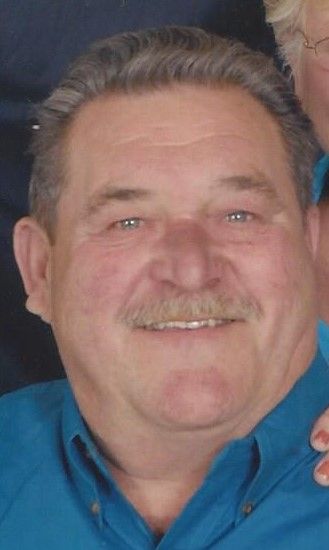 Marvin H. Roggenbauer, age 77, of Burnett passed away unexpectedly on Thursday, May 24, 2018 at his home.A funeral service for Marvin will be held on Tuesday, May 29 at 12 noon at Zion Lutheran Church in Horicon with the Rev. Dan Vojta officiating. Visitation will be held on Tuesday, May 29 from 10 a.m. until the time of the service at 12 noon at the church. Burial will take place at Oak Hill Cemetery in Horicon with military honors conducted by the Horicon American Legion Post #157.Marvin was born the son of George and Leona (Haacker) Roggenbauer on April 10, 1941 in Fond du Lac. He was a 1960 graduate of Horicon High School and a veteran of the US Marine Corps. He was united in marriage to Judith Pfister on September 20, 1964 in Galena, IL. He was retired from Gardner Manufacturing in Horicon. He was a member of Zion Lutheran Church in Horicon as well as the Horicon American Legion Post #157. In his spare time he enjoyed being outdoors while fishing, hunting, or playing and watching sports. He also loved going on gaming trips with his wife Judy.Marvin is survived by his wife Judy of Burnett. His sons- Brad (Bill) Roggenbauer of Milwaukee, Brett (Debbie) Roggenbauer of Burnett, and Buddy (Amy) Roggenbauer of Brillion. Brothers in law- Ken Scheffner and Jerome Bilgrien. His 4 grandchildren- Amanda, Alissa, Amber, and Kristen. Further survived by nieces, nephews, other relatives and friends.He was preceded in death by his parents and siblings-Harold (Etta), Lester (Leola), Vivian (Melvin), Sally (Ray), Lilla (Ken), Hazel (Roy), Donnie, Caroline ‘Mousie’ (Bud), and Jeanie (Jerome).Memorials may be directed to the Horicon American Legion Post #157.