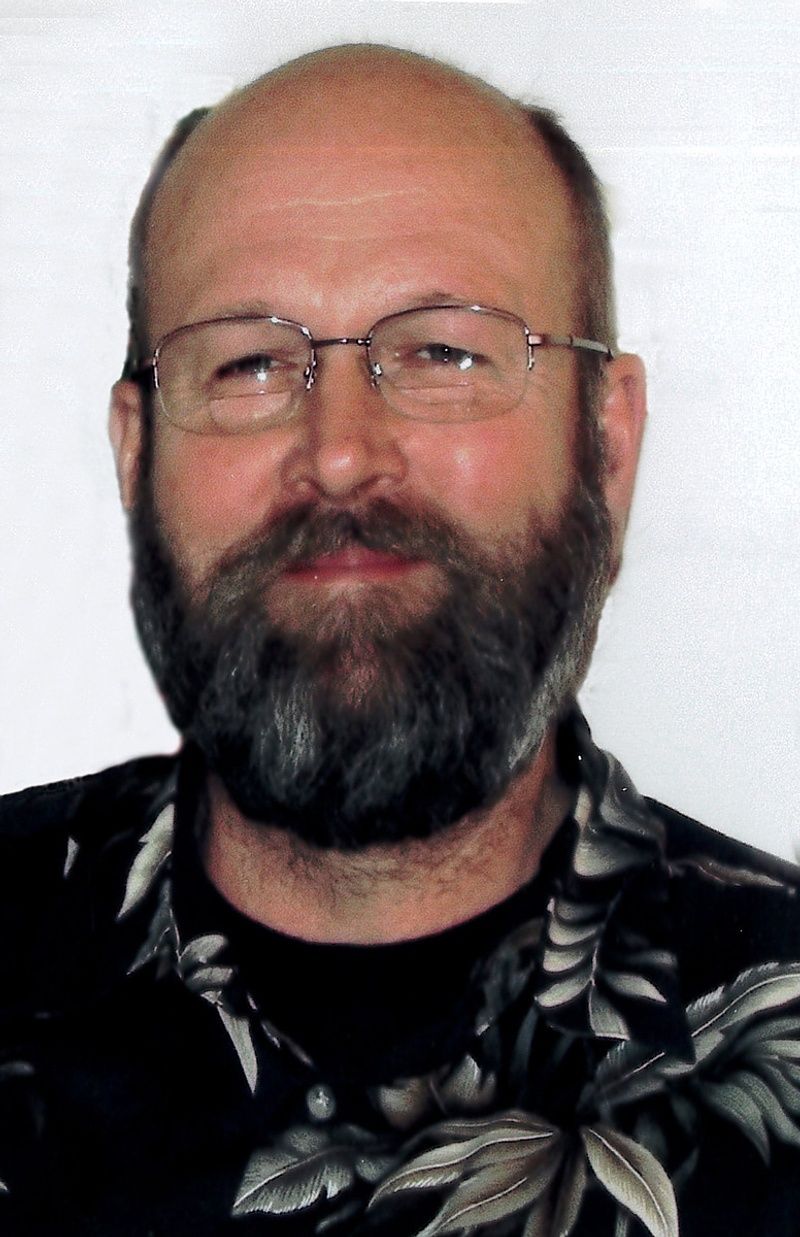 Michael John Lamers died on December 31, 2021 at the Beaver Dam Care Center from dementia complicated by pneumonia. Visitation for Mike will be at Koepsell-Murray Funeral Home in Beaver Dam on Thursday, January 6, 2022 from 10:30 am to 11:50 am. Funeral services will follow at the funeral home on Thursday at 12:00 pm with John Leiting as celebrant. Burial will be at Highland Memory Gardens with military honors provided by the American Legion John E. Miller Post #146. He was born Sept. 14, 1951 to Marguerite (Coulter) and Myron Lamers and raised in Theresa. He graduated from Lomira High School in 1970. He began working at Mayville Metal Products after high school. He enlisted in the US Navy and was stationed at Pearl Harbor and served aboard the US Goldsborough from 1977-1980 and was in the Naval Reserves from 1980-1983. He returned to his employment with Mayville Metal/Anchor Lamina/Danly IEM until his retirement in October 2017. He was married Sept. 18, 1992 in Las Vegas to Jeanne Parker. He enjoyed riding his bicycle, doing several week long charity events or on trails throughout Wisconsin and Iowa, canoeing and traveling around the US and Canada with family and friends. He is survived by his wife, his sisters Mary (Dave) Tkach, Coon Rapids, MN, Stephanie (Dean) Buerger, Lomira, Michelle (Jeff) Bloch, Brownsville, his brothers Stanley (Nancy) Lamers, Ted (Sue Mitchell) Lamers and Tim (Lynanne) Lamers, all of Theresa, his sisters-in-law Linda Lamers, Franklin, WI and Janice (Stephen) Miller, Mimbres, NM. He is further survived by nieces, nephews, aunts, uncles, other family members and close friends. He was preceded in death by his parents, his brother Mark, his niece Margaret Buerger and his in-laws Lee and Gladys Parker. Thank you to the nursing staff and employees at the Beaver Dam Care Center for the excellent care Michael received for the past two years.