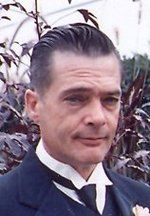 The visitation will be on Sunday, February 15, 2009 at Murray Funeral Home in Horicon from 2:00 PM until 4:00 PM. The funeral service will follow on Sunday at the funeral home with John Burgbacher officiating. Military graveside services will be held on Monday, February 16, 2009 at 12:00 Noon, at Southeast Wisconsin Veteran Memorial Cemetery in Union Grove with Vernon L. Wienke officiating.

Michael John Hollweck was born on August 30, 1956 to Charles and Elizabeth (Brueske) Hollweck in Milwaukee. He was a 1974 Graduate of Hartland Arrowhead High School. Michael entered into the United States Army in 1974, then was in the National Guard, and was honorably discharged in 1980. On December 2, 1977, he was united in marriage with Leanne Kraft in Waukesha. Michael was employed by Quad Graphics for 26 years. In January of 2007 he retired and moved to Friendship where he had built his dream home in the woods, on a lake. Michael worked part-time for PerMar as a security officer at Riverview Hospital in Wisconsin Rapids. He was an outdoorsman and enjoyed fishing. He also was a sports fan, watching any sport on television, especially the Wisconsin teams. Michael was a loving father, husband and a great friend.