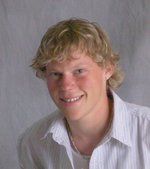 Funeral services for Mick will be held at Ryan Funeral Home Windsor-DeForest Chapel, 6924 Lake Road, DeForest, Wisconsin on Monday July 7th, 2008 at 3:00 PM. Fr. Ken Klink will officiate. The visitation will immediately follow the funeral service and will last until 7:00 PM.

Michael Paul Hankes was born on April 8, 1986 in Madison, Wisconsin to Paul and Julie (Janczak) Hankes. He graduated from Oregon High School in 2004 and completed the Cabinet Making and Millwork course at MATC. Mick worked at Trachte Building Corporation in Oregon, WI.

Mick”s eventual lifestyle was announced at birth. He came into the world as a jumble of arms and legs ready to attack life. He stayed steadfast in his commitment to enjoying life the “Mick Hankes Way.”

Mick was impulsive, tough, at times irresponsible, but ultimately his big heart and electric smile endeared him to everyone he met. He loved the outdoors, and had a penchant for more dangerous activities such as: motorcycling, hunting, skiing and snowboarding Black Diamond runs in Colorado. Although not quite as dangerous Mick also enjoyed playing softball with his father on the ”Sliding Morals” team.

He loved to laugh, and lit the room with his presence, his soft nature and genuine goodness. At 22 he had been able to travel throughout America, Europe, South America and many Caribbean Islands. He was lucky enough to fall in and out of love, and make numerous close friends along the way.

Above all, he loved his extended family. He never missed an opportunity to gather and swap stories with grandparents, aunts and uncles, cousins and friends. The world filled Mick with love, and he returned it as hard as he could.

The family sincerely thanks all of those who cared about and cared for Mick over the years.

The Murray Funeral Home in Beaver Dam is caring for the family with the assistance of Ryan Funeral Home Windsor-DeForest Chapel. Online condolences may be made on our website at www.MurrayFH.com.