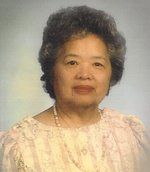 Mildred “Norma” Macheel, age 82, passed away Saturday, October 6, 2007 at her home in Beaver Dam after a long and heroic fight with colon cancer. Norma and her husband Jim lived in Horicon for 38 years and were active in the community and Catholic church. They moved to Florida in 1986 after Jim retired from John Deere Horicon Works. They maintained contact with friends and family by spending summers in Beaver Dam. Norma leaves her husband Jim, three sons: George (Ann Jablonski) of Madison, Steve (Andrea) and Dennis of Beaver Dam; two daughters: Moana of Portland, OR and Anne of San Diego, CA; eight grandchildren: Nathan, Robin (Shen), Lani, Tanaya, Keone, Malia, Aja (Dan) and Matthew; one great grandchild, Kaleo .

Norma was best known for the “aloha” spirit of warmth and generosity brought from her native Hawaii. She met Jim in Honolulu before World War II, where Jim was stationed in the Army Air Corps near Pearl Harbor. Norma worked for The Milwaukee Journal-Milwaukee Sentinel agency in Horicon for over a decade. She turned her lifetime love of cooking into “Catering by Norma,” a very successful business that allowed her to share her talent with the community in weddings, group picnics, and anniversary parties. She was always one to share her fresh-baked pies or breads with neighbors. She loved to play bridge, shoot pool, grow gardenias in her Florida garden, and chat on the phone with her sisters and friends.

Norma was especially grateful to the Hillside Hospice team and Sacred Heart Catholic Church for the love and care she received. Her family extends appreciation to all those who have reached out with comforting support.

Norma will be inurned at the National Memorial Cemetery of the Pacific at Pu”owaina Crater (Punchbowl) in Oahu, Hawaii.

A memorial gathering will be at Sacred Heart Catholic Church in Horicon, Tuesday October 9, 2007 from 4:00 PM to 6:00 PM with a Memorial Mass immediately following. Fr. Michael Petrie will be officiating. The family suggests that memorials be made in Norma”s name to the American Cancer Society, 8317 Elderberry Road, Madison, WI 53717 or Hillside Home Care/Hospice Care, 707 South University Avenue, Beaver Dam, WI 53916. The Murray Funeral Home in Beaver Dam is serving the family. Online condolences may be made on our website at www.MurrayFH.com.