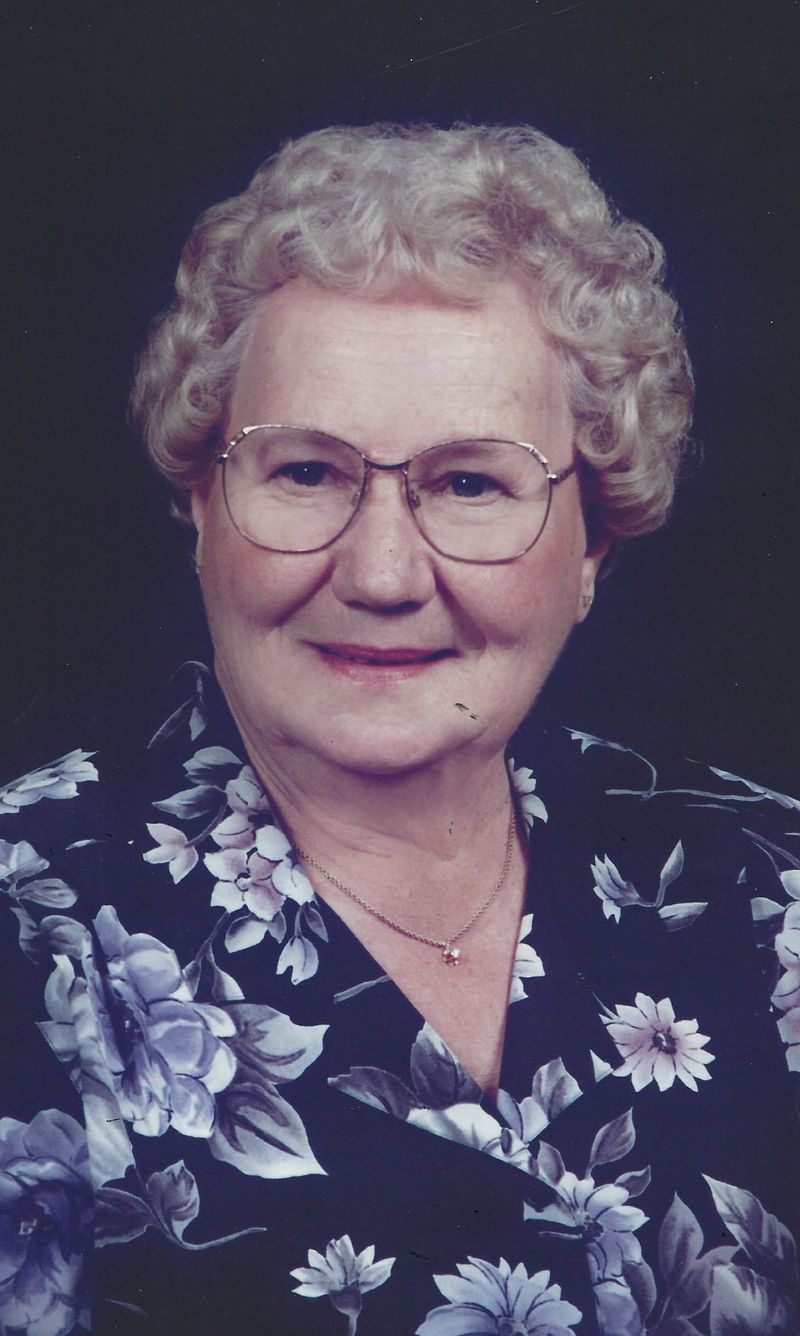 Mildred M. Bunkoske, age 93, of Horicon passed away on Monday, October 14, 2019 at Marvin’s Manor in Horicon.Mildred was born the daughter of William F. and Elsie E. (Ladwig) Keel on May 23, 1926 in the town of Lowel. She was a 1944 graduate of Beaver Dam High School. On June 10, 1950 Mildred was united in marriage to Harry R. Bunkoske. Mildred had worked for over 25 years at West Bend Co. where she wrapped covers for the company and she enjoyed telling people jokingly that she was a ‘West Bend Co. Cover Girl’. She was a member of St. Stephen Ev. Lutheran Church in Horicon where she was a part of the Ladies Aid and Altar Guild. She was also a member of the Red Hat Society. In her spare time, Mildred enjoyed baking, cooking, and crafting. Mildred adored her grand and great grandchildren and cherished the time spent with them.Mildred is survived by her children- Susan (Martin) Weiss of Beaver Dam and Thomas (LuAnn) Bunkoske of Horicon. Her grandchildren- Carrie (Dean) Twardokus of Mayville, Kevin Bunkoske of Horicon, Kyle Bunkoske, of Sun Prairie, Michele (Tommy) Arteme of Cape Giradeau, MO., Monica (Mike) Smith of Ham Lake, MN., and Douglas Weiss of Beaver Dam. Her great grandchildren- Trent Twardokus, Nathan (Jessica) Twardokus, Matthew Smith, Emily Smith, Drake Arteme, and Maverick Arteme. Her brother in law Wayne Bunkoske. She is further survived by nieces, nephews, other relatives and friends.She was preceded in death by her parents, her husband Harry, sisters Dorothy (Walter) Kienow, Elaine (John) Schmid, Lois (Earl) Petry, Ruth Yuenger, Mary Ellen (Clarence) Stange, and brothers William Keel and Edwin (Geraldine) Keel, also 2 infant sisters. Funeral Services for Mildred will take place on Saturday, October 19 at 1 p.m. at St. Stephen Ev. Lutheran Church in Horicon with the Rev. Daniel Seehafer officiating. Visitation will take place from 11 a.m. until the time of the service at 1 p.m. at the church in Horicon. Burial will take place at Oak Hill Cemetery in Horicon.Memorials may be directed to St. Stephen Ev. Lutheran Church and also to Generations Hospice.Special thanks to the staff and residents at Marvin’s Manor and Generation Hospice for all of their care and support shown to Mildred and her family.