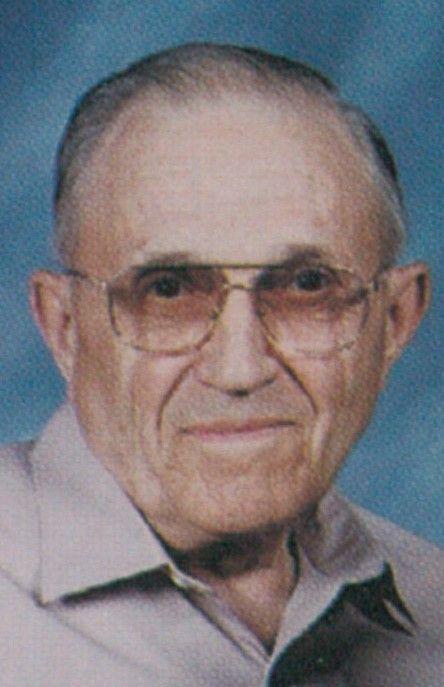 Milton R. Warber, age 96, died Monday, November 12, 2018 at the Remembrance Home in Beaver Dam.Visitation for Milton will be at St. Katharine Drexel Catholic Church in Beaver Dam on Saturday, November 17, 2018 from 10:00 a.m to 10:50 a.m. A Mass of Christian Burial will follow at the church on Saturday beginning at 11:00 a.m. with Fr. Michael J. Erwin officiating. Burial will be at St. Peter Cemetery in Beaver Dam.Milton Raymond Warber was born on June 3, 1922 in the Town of Chester, Dodge County, Wisconsin to the late Joseph and Anna (nee Streich) Warber. Having recently celebrated their 74th wedding anniversary, Milton was united in marriage with Bernice Hinkes at St. Peter Catholic Church in Beaver Dam on November 6, 1944. Together they farmed for 14 years in the Burnett area and moved to Beaver Dam in 1959. Milton was employed at the Dodge County Co-Op for 25 years until he retired in 1984, the last 10 years as branch manager. In retirement, Milton worked part time at Peachy Brothers Elevator. He was a member of St. Katharine Drexel Catholic Parish in Beaver Dam.Survivors include his wife, Bernice Warber of Beaver Dam; two grandchildren, Julie and Steven; two great grandchildren; a brother-in-law, Merlin Hinkes of Beaver Dam; nieces, nephews, other relatives and friends. Milton was preceded in death by his parents; his son, Ronald; his brother, Al; and three sisters, Lucille, Hertha, and Ruth.The family would like to thank the staff at the Remembrance Home for the love and care they’ve shown to Milton during his time with them.