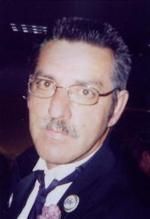 Myron “Lefty” Nehring, age 54, of Beaver Dam, died suddenly, on Sunday, June 04, 2006 at his home.
Friends and family may call on Wednesday, June 7, 2006 at the Murray Funeral Home in Beaver Dam from 4:00 PM until 8:00 PM and again on Thursday, June 8, 2006 at the Church from 10:00 AM until the time of service. The Funeral Service will be held on Thursday, June 8, 2006 at St. Columbkille Catholic Church, in the Town of Elba at 11:00 AM. Fr. Jerome Rinzel will officiate. Burial will be in the St. Columbkille Cemetery, in the Town of Elba.
Myron David Nehring was born on March 19, 1952 in Beaver Dam, the son of Marvin, Sr. and Muriel (Lindert) Nehring. Myron was a 1970 graduate of the Randolph High School. On June 25, 1979 he was united in marriage to Rose Guenther at St. Columbkille Catholic Church. He was a dedicated truck driver, his love for trucking was apparent in the way he cared for his equipment. Myron took pride in everything he cared for, his family, his work, and his home. Myron was currently driving truck for Fischer Trucking of Mayville. His pride and joy was his grandson Jaden. He devoted his spare time to being Jaden”s “Papa.” Myron “Lefty” was an outgoing person and made many friends throughout his life.
Survivors include his two daughters, Holly (Fiance Barry Barstow) Nehring and Heather Nehring both of Beaver Dam; his grandson, Jaden Barstow of Beaver Dam; his mother, Muriel Nehring of Columbus; his brother, Marvin (Marge) Nehring, Jr. of Beaver Dam; his two sisters, LaVonne (Gary) Marks of Columbus and Jane (Richard) Schumann of Portage; his mother-in-law, Hedwig Guenther of Reeseville; special friend, Rebecca Emmer of Horicon, nieces, nephews, other relatives and friends.
Myron was preceded in death by his father, Marvin Nehring, Sr. and his wife, Rosie on November 27, 2005.
The family suggests that memorials be made in Myron “Lefty” Nehring”s name to the Diabetes Foundation.
The Murray Funeral Home in Beaver Dam is serving the family.
www.MurrayFH.com