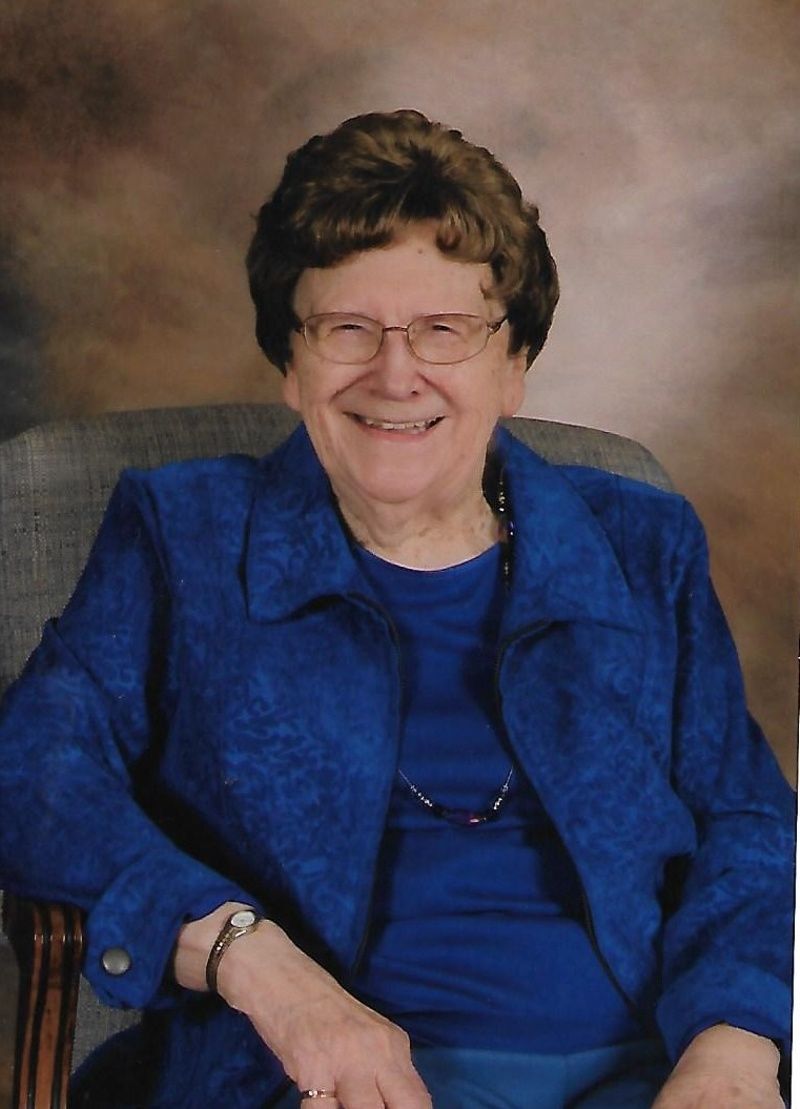 Norma Virginia (Lau) Walther, age 95, of Eau Claire passed away on May 15, 2020.Norma was born on July 5, 1924 on the family farm in Lomira Township, just north of Mayville, Wisconsin, the daughter of Ferdinand and Lucilia (Heldt) Lau. She grew up on the family farm and was a 1941graduate of Mayville High School. After high school she worked as a telephone operator for Wisconsin Bell. On September 6, 1947 she married Robert Walther at St. Paul’s Lutheran Church in Lomira Township. They then lived in Mayville for the next 62 years. After Bob’s passing in 2009 she remained in Mayville until 2011 when she moved to a retirement home and later to an assisted living facility in Eau Claire to be near her son. She remained there until her passing. After marriage Norma became a homemaker to raise her family. Son Tom was born in August, 1948 and Dick was born in March, 1951. In the late 1950’s Norma returned to work as a telephone operator and remained with Wisconsin Bell until 1967 when the Mayville exchange became the very last exchange in Wisconsin to change over to dial telephones. After that Norma went to work for Old Fashioned Cheese in the company cheese store until her retirement. Norma was an active member of St. Paul’s Lutheran Church in Mayville, most notably sewing with the quilting circle for 25 years. She also was a member of the American Legion Auxiliary and the Mayville Senior Center. Norma was also an avid bowler hitting her only 600 series at the state tournament in Madison in 1983. Norma also enjoyed fishing, especially during the 15 years she and Bob maintained a camper alongside Buffalo Lake at Montello. Also after retirement she enjoyed traveling with Bob to events such as the Rose Bowl and Orange Bowl, to Cancun and in 1994 a trip to Europe in commeration of the D-Day invasion.Norma is survived by sons Thomas Walther of Eau Claire and Richard (Patty) Walther of Pompano Beach, FL. Grandchildren ReNee (Marc) Hanson of Anoka, MN; Brian (Christina) Walther of Chippewa Falls, WI; Jess (Pam) Walther of Hartland, WI; Karlee Walther of Boston, MA, Kasey Walther of New York, NY and honorary granddaughter Jasmine of Mayville. Norma is also survived by seven great grandchildren and two step great grandchildren. She is further survived by brother-in-law Ervin Walther of Princeton, WI, and sister-in-law Betty Lau-Steger of Fond Du Lac, WI, as well as numerous nieces and nephews. She was preceded in death by Robert, her husband of 62 years, her parents, Ferdinand and Lucilia Lau, brothers and sisters and their spouses Ruben (Hortensia) Lau, Vernon Lau, Harvey (Nora) Lau, Palmer (Eleanor) Lau, Lorinda (Vilas) Adelmeyer, Bernice (Harvey) Lindert. Additionally she was preceded in death by her father-in-law and mother-in-law, Ervin (Edna) Walther Sr., brothers-in-law and sisters-in-law Helen (Joseph) Gleissner, Lorraine (Donald) Heintz, Margaret (Waldemar) Rupnow, Ardis Walther and daughter-in-law LaVon Walther. A memorial gathering will take place from 9 a.m. to 11 a.m. at St. Paul’s Lutheran Church on Friday, August 7, 2020. A celebration of life will be held at 11:00 a.m. at St. Paul’s Lutheran Church in Mayville with Pastor Sara Gilespie officiating. Inurnment will be in St. Petri’s Cemetery in Lomira Township following the service. Per Norma’s request all memorials received will be donated to St. Petri’s Cemetery perpetual care fund.