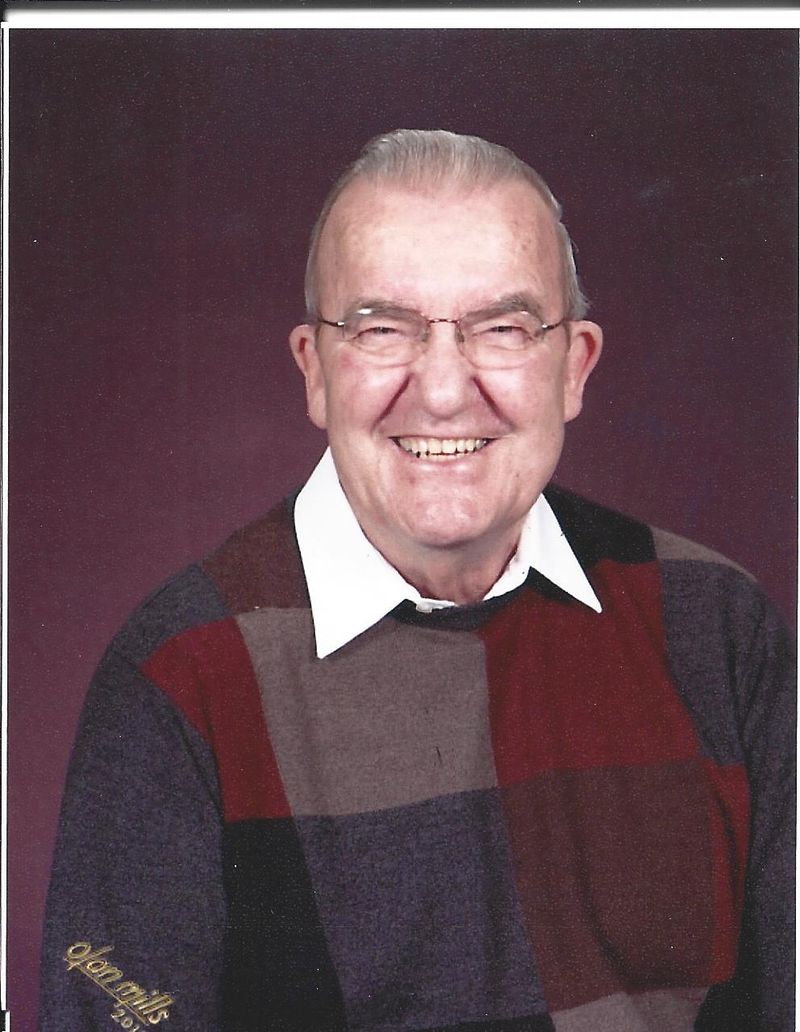 Orville Emil Kamrath, age 85, of Horicon, died peacefully at his home on Monday, May 25, 2015 to join his Lord and Savior.A memorial service for Orville will take place on Friday, May 29, 2015 at 11 o’clock a.m. at. Stephen Ev. Lutheran Church in Horicon with the Rev. Jonathan Szczesny officiating. A visitation will take place on Friday, May 29, 2015 from 10 – 11 a.m. at the church. A luncheon will follow the service at church and burial will take place at St. Andrew Cemetery in LeRoy at a later date.Orville was born June 15, 1929 in the Town of Herman to August and Viola (nee Giese) Kamrath. He was a 1947 graduate of Horicon High School. On June 10, 1950 he was united in marriage to Arlene Schmidbauer at St. Andrew Catholic Church in LeRoy. He was a lifelong member of St. Stephen Ev. Lutheran Church in Horicon. He worked for John Deere for 40 years before retiring at the age of 58. He enjoyed the Packers, Cubs, and Yankees. Orv will always be remembered for his easy going personality, his smile and laughter, and for the words he lived by, “Cherish the simple pleasures in life…” but his greatest joy was spending time with his family.Orville is survived by the love of his life, his wife of 64 years- Arlene of Horicon. His daughters- Karen (Dale) Gourlie of Mayville and Kay (Tom) Karel of Horicon. His 4 grandchildren- Kyle Gourlie of Mayville, Todd (Kristen) Gourlie of Paddock Lake, Anthony (Dawn) Karel of Beaver Dam, and Kimberly (Ben) Heideman of Oshkosh. His 4 great grandchildren- Kennedy and Brooklyn Karel. Cole and Allie Heideman. Half-brother- Delmar (Lois) Schmidt of Horicon. His sisters in law- Joan Nitschke of LeRoy and Betty Ann (Earl) Kehrmeyer of Fond du Lac. Further survived by nieces, nephews, other relatives and friends.He was preceded in death by his parents, step father Arnold Schmidt, sisters- Lavern Gremler and brother Elroy Kamrath.Memorials may be directed to St. Stephen Ev. Lutheran Church in Horicon.Special thanks to Agnesian Hospice for their wonderful care and support and also to his church family at St. Stephen EV. Lutheran Church.