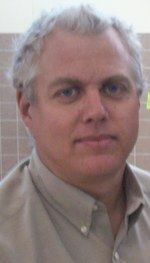 Visitation for Paul will be at Trinity Church United Methodist, 308 Oneida Street in Beaver Dam, on Tuesday, February 4, 2014 from 1:00 PM to 3:45 PM. Funeral services will follow at church beginning at 4:00 PM with Pastor Jeff Nicholas officiating.

Paul was born on August 4, 1967 in Tomah, Wisconsin to LaMonte and Alice (Gray) Wilder. After graduating from Oakfield High School in 1985, Paul joined the United States Marine Corp. While serving from 1986 to 1992, he met his future wife in Singapore. On October 29, 1991, Paul was united in marriage with Janet Horrobin in Casanova, Virginia. After his military service, Paul attended University of Wisconsin Stout and graduated with a Bachelor of Science degree in 1997. Paul taught Tech Ed at Beaver Dam High School for 7 years and left teaching to operate his dairy goat operation for four years. For the past five years, Paul has worked for MEC. Paul loved the outdoors, he loved to build and fix things, as well as, tinker around the house. Paul was a member of Trinity Church United Methodist in Beaver Dam.

Survivors include his wife, Janet Wilder of Beaver Dam; two sons, Riker and Conner Wilder of Beaver Dam; his daughter, Danielle Wilder (Trevor Frintner) of Fond du Lac; his parents, LaMonte and Alice Wilder of Oakfield; two sisters, Kristina (Jake) Freismuth of Fond du Lac and their two girls, Abby and Autumn, Jennifer (Jed) Mazur of Reedsville and their son, Calvin; his father and mother-in-law, William and Pamela Horrobin of Manchester, England; his brother-in-law, David (Pilar) Horrobin of Gibralter and their son, Ale”; many other relatives and friends. Paul was preceded in death by his grandparents and two uncles.

In lieu of flowers, memorials may be made to the family.

The Koepsell-Murray Funeral Home, 131 East Maple Avenue in Beaver Dam, is caring for the family. To leave condolences, for directions, or for other information, please visit our website at www.MurrayFH.com.