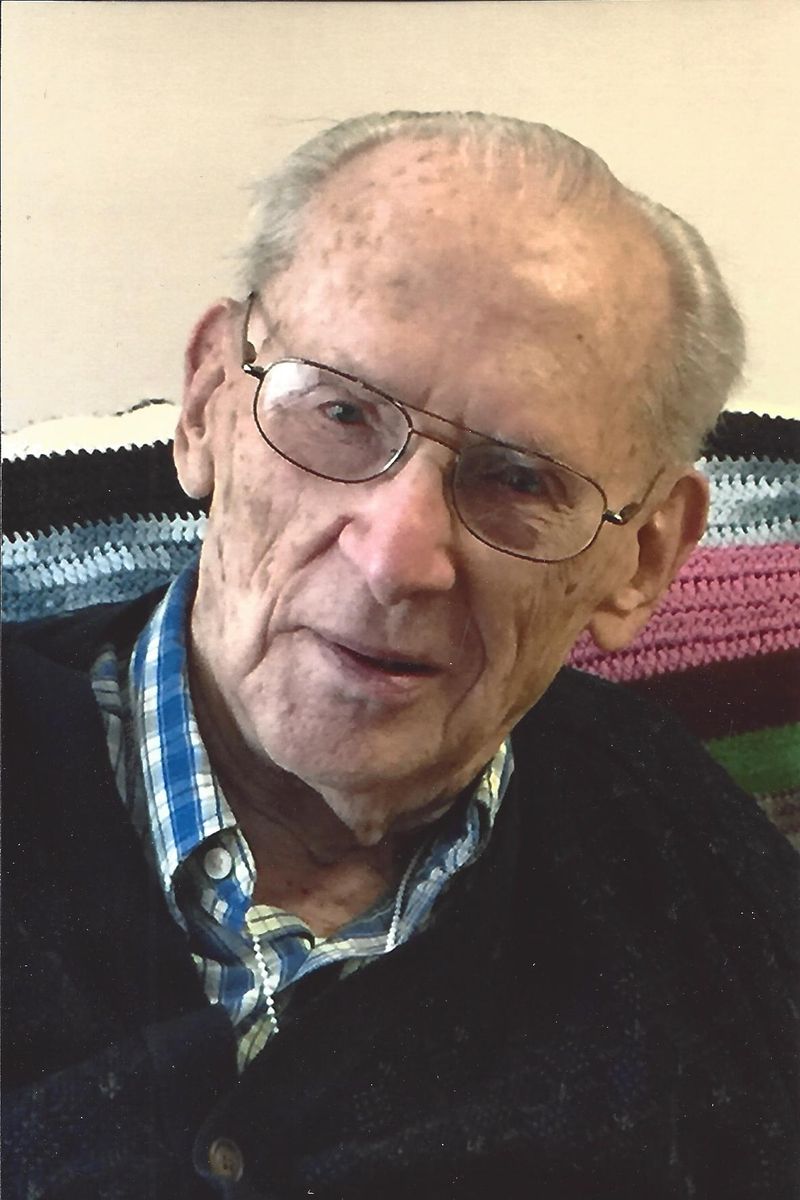 Ralph Anthony Breit, age 98, a long time resident at St. Francis Terrace, 345 Gillett Street in Fond du Lac, passed away on October 25, 2016 after a brief stay at the Hospice Home of Hope in Fond du Lac. He was born on September 2, 1918 in the township of Lomira, Dodge County, the son of Peter and Elizabeth (Ries) Breit.A Liturgy of Christian Burial will be held on Saturday, October 29, 2016 at 2 p.m. at the St. Francis Chapel in the St. Francis Home in Fond du Lac with the Rev. Fr. Michael Wild officiating. A visitation will be held on Saturday, October 29, 2016 from 1 p.m. until the time of the service at 2 p.m. Entombment will take place in the Chapel of the Risen Christ Mausoleum at Calvary Cemetery in Fond du Lac. Military Honors will be conducted.Ralph was a life-long educator. After graduation from Mayville High School in 1936, he attended the Dodge County Normal School graduating in 1938. His teaching career began in Dodge County but was interrupted in 1942 by the military draft. After his basic training at Camp Robinson in Arkansas and Fort Leonard Wood in Missouri, he was assigned to the Sixth Special Service Unit in the South Pacific. He served in Australia, New Guinea, Dutch West Indies, Philippines, and Japan. Ralph was part of the Allied invasion force waiting to invade the main land. After the nuclear bombs ended the war, he became part of the occupation force in Japan.He came home in January 1946 to teaching at the Brownsville State Graded School. In June he attended the University of Wisconsin-Oshkosh receiving a Bachelor of Science in Education degree in June 1947. He taught at the old McKinley School in Fond du Lac form 1947 through 1950 while continuing his education at the University of Wisconsin at Madison. Ralph earned a Master of Science in Elementary Administration from the UW in 1950. He was assigned to Cleveland School as a teacher and administrator until 1958. He continued his education at Columbia University in New York City and at Michigan State University. He then became the administrator at Evans School until his retirement in 1975. Ralph was additionally assigned to Wilson, Cleveland, Lincoln, Jefferson, and Nels Anderson Schools in Fond du Lac.Ralph served as the Building Planning Chairman for Roberts School. It was acclaimed as one of the top three school building plans in the country at the time. Following this, he served as the Building Chairman of the Evans School expansion.Ralph is survived by nieces, other relatives, and many friends at St. Francis Terrace and at CSA Court and Center.He is preceded in death by his parents, three sisters Cecelia Reen, Agnes and Helen Breit, three brothers Clarence (Dorothy) Breit, Frank (Mathilda) Breit, and Raymond (JoAnn) Breit, neice Sharon Kolterman, and three nephews, Harold Breit, Allen Breit, and Rev. Fr. Melvin Breit.In lieu of flowers, memorials may be directed to the Marian University Scholarship Fund, to masses at the St. Francis Home, and memorials to either St. Francis Home or the Hospice Home of Hope in Fond du Lac.