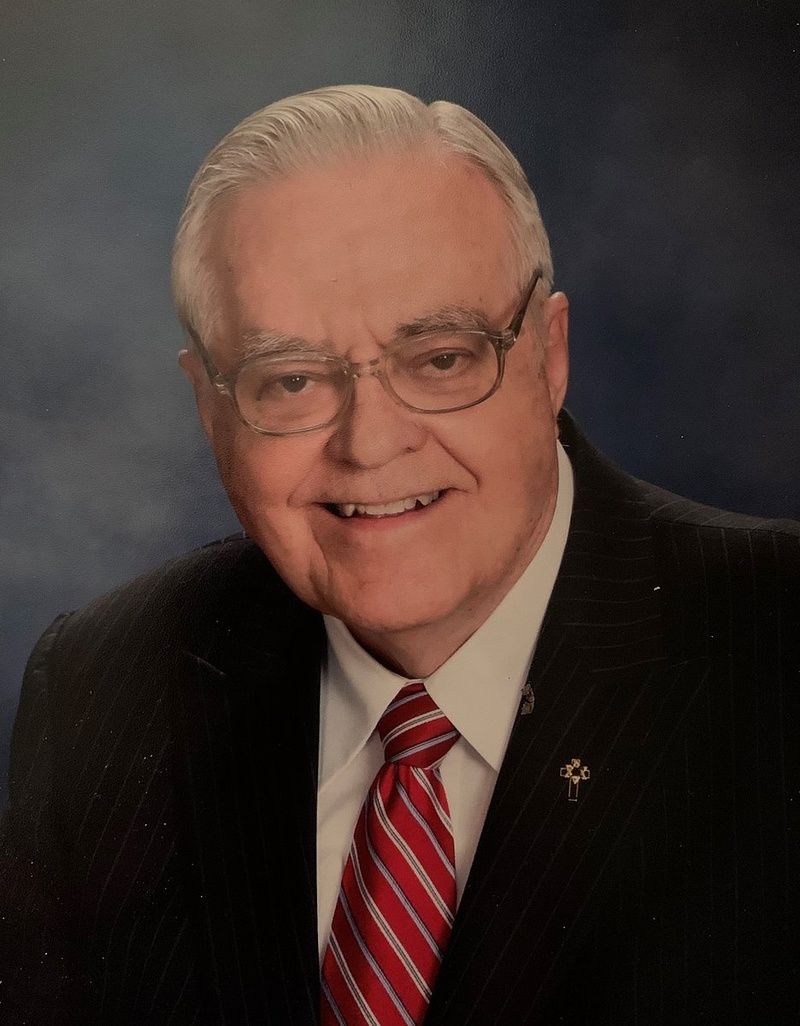 The Lord in his infinite and gracious wisdom called from this life to the glories of heaven the soul of Delmer Frank Kannenberg on February 26, 2021 at the age of 83 years, 11 months and 27 days.A funeral service for Pastor Kannenberg will be held on Saturday, March 20 at 12 p.m. at Trinity Ev. Lutheran Church, Hartford (Huilsburg) with the Rev. Jeffrey Drake officiating. A visitation will be held from 10:30 until the time of the service 12 p.m. at the church. Burial will take place at Trinity Lutheran Cemetery.The funeral service for Rev. Kannenberg will be livestreamed on Trinity Lutheran Church-Facebook page. https://www.facebook.com/trinityhartford/Pastor Delmer Frank Kannenberg was born on February 27, 1937 in town Jackson, WI of Herman John Kannenberg and,his wife, Linda nee Matter. He was baptized on March 14, 1937 by Pastor Martin F. Riesche at David’s Star Ev. Lutheran Church where he was also confirmed on March 18, 1951 by Pastor Paul J. Gieschen. His confirmation verse was Psalm 27 verse 4, “One thing have I desired of the Lord, that I will seek after; that I may dwell in the house of the Lord all the days of my life, to behold the beauty of the Lord and to enquire in his temple.”Delmer Kannenberg married Barbara Ann Zarling of Milwaukee, WI on June 21, 1958. Barbara is a graduate of West Bend High School and the Milwaukee Business Institute. She worked at Mercury Marine in Cedarburg, West Bend Mutual Insurance Co in West Bend and Mayer Insurance in Jackson in addition to other part-time jobs and her household and family responsibilities.The Lord blessed their marriage with four daughters: Sharon Moldenhauer (her husband William) of Hartford, WI, Lori Dorn (her husband Greg) of Madison, WI, Diane Calkins (her husband John) of Fond du Lac, Wl, and Linda Pedersen (her husband Richard, who preceded him in death) also of Fond du Lac, WI. Delmer is survived by his ten grandchildren: Jeffrey (Koa), Lisa (John) LeBlanc, Kristine, and Daniel (Charisse) Moldenhauer, Joshua (Danielle), Aaron (Aimee), and Jordan Calkins, Elizabeth Puffer, Erika Lynn and JonAlden Pedersen; ten great grandchildren: Benjamin, Sara, Abigail, Marah, Ezekiel, Thaddeus, Maison, Aria, Archer, and baby Moldenhauer; his sister-in-law Janet Kannenberg and brother-in-law William Gauger. He is further survived by nieces, nephews, other relatives and many friends.Delmer attended Wisconsin Lutheran High School in Milwaukee for three years and then transferred to Northwestern Preparatory School, in Watertown, WI from which he graduated in 1956. After graduating from high school, Delmer studied basic electricity at Milwaukee Area Technical College, television repairing at Milwaukee School of Television and computer programming at UW Oshkosh. After working at the Herbst Shoe Manufacturing Company he worked for the Mercury Marine Division of the Brunswick Corporation. He discontinued his employment as inventory control manager at Mercury Marine in 1968 to enroll in ministerial training classes at Bethany Lutheran College, Mankato, MN. In 1971, he enrolled at Wisconsin Lutheran Seminary in Mequon, WI from which he graduated in 1975. Delmer served as vicar at Grace Ev. Lutheran Church, Milwaukee, WI during his last two seminary years.Upon graduating from the seminary, Delmer was assigned to the dual parishes of Trinity and Zum Kripplein Christi congregations in the Town of Herman, Dodge County, WI serving them for nine years. In 1984, Delmer received a Call to serve Zion congregation, Denver, CO where he served until 1997 when he accepted the call extended to him by the Wisconsin Ev. Lutheran Synod to serve as missionary in Cameroon, Africa. From 1997 to 2001, Delmer served in the WELS mission field of Cameroon after which he continued to serve as liaison until 2004. Cross of Christ congregation, Liverpool, NY extended a one­ year Call which he accepted and served from April 2001 to April of 2002. After the one-year call was completed Delmer continued to serve this congregation on a part-time basis until the end of November in 2002.Upon retirement at age 65, Delmer continued to accept invitations for preaching and mission presentations on the work in Cameroon. He also did part-time work for Moldenhauer Family Farms on their dairy farm in Town Herman, Hartford, WI.Delmer Kannenberg is preceded in death by his parents, Herman and Linda Kannenberg, sisters Lillian and Marlene, brother Wilmer, brothers-in-law, Gerald Zarling and Ladislaus Matchey, and sisters-in­law, Aurelia Zarling and Audrey Matchey.Memorials may be directed to WELS Missions.Pastor Kannenberg’s Funeral Service will be livestreamed and recorded here:https://www.facebook.com/trinityhartford/