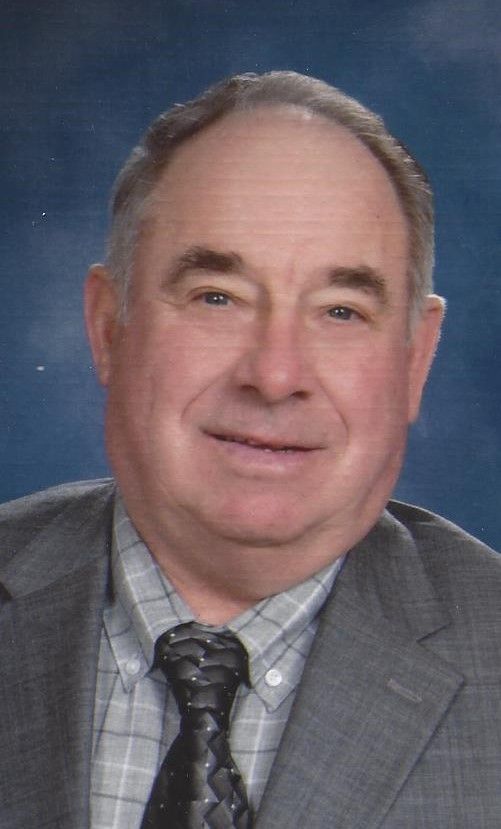 Richard ‘Butch’ E. Moldenhauer, 71, of Hartford passed away on Saturday, March 10, 2018 at the Aurora Medical Center in Grafton with his family by his side.A funeral service for Richard will take place on Thursday, March 15 at 2 p.m. at Trinity Ev. Lutheran Church, Huilsburg, W691 County Rd. S. Hartford, WI 53027, with the Rev. Jeffery Drake officiating. A visitation will take place on Wednesday, March 14 from 4-8 p.m. at the Koepsell Funeral Home in Mayville and again on Thursday, March 15 from 12 noon until the time of the service at 2 p.m. at the church. Burial will take place at Trinity Lutheran Cemetery and a luncheon will follow at the Trinity Community Center, N6409 County Rd. P. Mayville, WI 53050.Richard was born the son of Ervin and Ruth (Bohm) Moldenhauer on May 28, 1946. He was a 1964 graduate of Hartford High School. He was united in marriage to Joyce Krahn on July 15, 1967 in the Township of Herman at Emmanuel Lutheran Church. Richard farmed his entire life with his family in the Township of Herman. Richard was a lifelong member of Trinity Ev. Lutheran Church where he was an active member serving in many capacities such as past president of the church council, elder, usher, and was instrumental to expanding Trinity’s mission with the creation of the Trinity Community Center. In his spare time he was an avid Milwaukee Brewers fan and also loved the time spent with his family and grandchildren. Richard will be fondly remembered for his kind heart, his willingness to help others, and his ability to take time to visit with family and friends.Richard is survived by his wife Joyce of Hartford. His 3 sons- Keith (Louisa) Moldenhauer of Mayville, Mark (Shannon) Moldenhauer of Hartford, and Kevin (Andrea) Moldenhauer of Lisbon. His 6 grandchildren- Molly, Nicholas, Ethan, Jayden, Norelle, and Emmerie. His brothers- Larry (Jane) Moldenhauer of Hartford and William (Sharon) Moldenhauer of Hartford. His sister in law- Beverly Moldenhauer of Hartford. He is further survived by in-laws Allen and Gloria Christian, Gerald and Pam Krahn, nieces, nephews, other relatives and friends.He was preceded in death by his parents and brother James.Memorials may be directed to Trinity Ev. Lutheran Church.Special thanks to the doctors, nurses, and staff at Aurora Medical Center in Grafton for the care and support shown to Richard and his family in his last days.