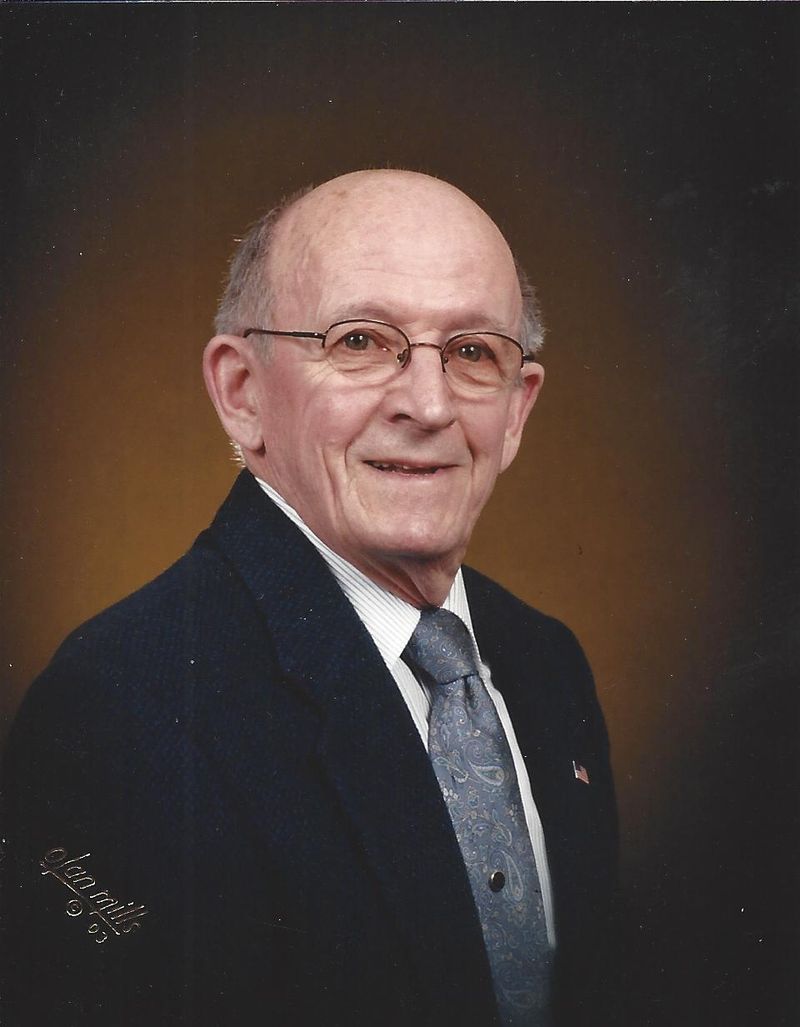 Richard J. ‘Dick’ Komp, 88 years, of Fond du Lac, WI, formerly of Mayville, passed away on Sunday, June 7, 2015 at St. Francis Home in Fond du Lac. A memorial service will take place on Thursday, June 11 at 11 a.m. at Good Shepherd Lutheran Church in Fond du Lac with the Rev. Brett G. Naumann officiating. A visitation will take place on Thursday, June 11 from 10 a.m. until the time of the service at 11 a.m. A luncheon will follow the service at the church. Inurnment will follow the lunch at St. John Cemetery in Mayville.Dick was born on July 6, 1926 the son of Theodore H. and Rose (nee Herbes) Komp in Hartford. Dick volunteered for the U.S. Naval Air Force serving from July 1943 until May 1946. He returned to Hartford after service where he met and married Janet Rexilius on July 26, 1947. In 1955 they moved to Mayville and opened an electric motor business, Komp Electric, which he owned and operated until retirement in 1986. After retirement they moved to Franklin, North Carolina and lived there until 1996. They then moved to Madisonville, Kentucky. In 1998 they returned to Wisconsin and resided in Fond du Lac. Dick enjoyed operating his business in Mayville. He was involved at St. John Ev. Lutheran Church and School in Mayville. He was a lifetime member of the Mayville American Legion Post #69 where he was a past commander. He was also a member of the Horicon Marsh Archery Club of which he served in various offices including president. During his retirement Dick enjoyed woodworking and other hobbies.Dick is survived by his wife of 67 years- Janet of Fond du Lac. His children- Mark (Rebecca) Komp of Waukesha. Charles (Sue) Komp of Rhinelander, Karla Komp of Apache Junction, AZ. His grandchildren- Melissa (John Kooping) Komp, Michael Komp, LeAnn (Zack) Ziolkowski, Jonathan Komp, and Krystle Kinziger. His sister- Betty Scarpf of Hartford. His brother- Ted (Sue) Komp of Hartford. His great granddaughter- Iris. He is further survived by nieces & nephews, other relatives & friends.He was preceded in death by: his parents; brothers Robert, Raymond, Leo, and Jerome Komp. His sister Phyllis Kiefer, brother in law Donald Rexilius, and son in law Larry Marquass.Special thanks to the nurses and staff of St. Francis Home in Fond du Lac and Agnesian Hospice for all of their wonderful care and support.Memorials may be directed to Good Shepherd Lutheran Church or to Good Shepherd Lutheran Church Choir.