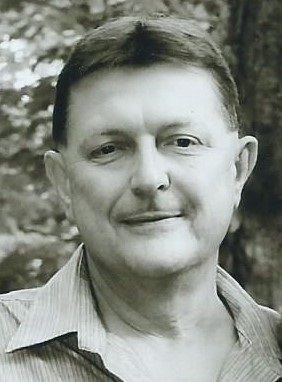 Richard D. Vinz, age 61, of Horicon passed away with his family by his side at his home on Friday, March 17, 2017.A Mass of Christian Burial will take place at Sacred Heart Parish in Horicon on Wednesday, March 22 at 11 a.m. with the Rev. Fr. Martin Pable presiding. A visitation will take place on Tuesday, March 21 from 4-7 p.m. at the Koepsell- Murray Funeral Home in Beaver Dam and again on Wednesday, March 22 from 10 a.m. until the time of the service at 11 a.m. at the church. Burial will take place at St. Malachy Cemetery in Horicon.Richard was born on June 15, 1955 the son of Donald and Frances (Sterwald) Vinz in Watertown. He was united in marriage to Therese Pable on October 1, 1983 at St. Mary’s in Lomira. Richard had retired from John Deere after 22 years. He was a member of Sacred Heart Parish and a lifetime member of the Juneau Rod and Gun Club. In his spare time he enjoyed travel with special trips to Canada, Copper Falls, Bayfield, and Mackinac Island. He also loved the time spent in nature while hunting, fishing, and spending time up north in Hawkins, WI. Family was also very important to Richard and he cherished the time spent with them.Richard is survived by his wife- Therese of Horicon. His children- Jennifer Vinz of Campbellsport, Sarah Vinz of Greendale, Rebecca Vinz of Milwaukee, Julia (Chris) Meinke of Mayville, Adam Vinz of Fond du Lac. His grandson- Kaylan and also one grandchild one the way in August. His siblings- Phyllis Vinz, Linda (Dave) Fosdal, Diana (Ken) Stock, Sue (Rick) Ghishin, Larry (Kathy) Vinz, Scott (Connie) Vinz, and Brian Vinz. His brothers and sisters in law- Anne (Mike) Henry, Rose (Robert) Agguirre, Clare (Mark) Bokelman, Tony (Shannon) Pable, Joe (Sherie) Pable, Larry (Necie Elizabeth) Pable, Steve (Amee) Pable, Mike Pable. His mother in law- Mary Pable. and his special companion Maddy. He is further survived by nieces, nephews, other relatives and many friends.He is preceded in death by his parents and father in law Larry Pable.Memorials may be directed to St. Vincent de Paul and the Dodge County Pregnancy Support Center.