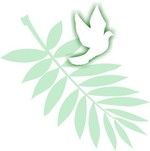 Visitation for Dick will be at the Koepsell-Murray Funeral Home, 716 Clinton St in Horicon, on Monday, January 20, 2014 from 10:00 AM to 12:00 Noon. Funeral services will follow at the funeral home on Monday at 12:00 Noon with Rev. Mark Hasty officiating. Burial will be at Oak Hill Cemetery in Horicon.

Richard Lee Winter was born on January 13, 1945 in Horicon, Wisconsin to the late William and Laura (Schultz) Winter. Dick lived in the Horicon area for much of his life but has lived in Beaver Dam the last nine years. His passion was hunting and fishing; he especially enjoyed the fishing trips to Canada with his son. Dick was also an avid Packer fan and NASCAR fan.

Survivors include his children, Duane (Lori) Winter of Brownsville and Tracey Thiede (Joel Lucas) of Fond du Lac; his granddaughter, Katelyn Thiede of Fond du Lac; his brother and sisters, Irvin (Evelyn) Winter of Iron Ridge, Barb Retichek of Beaver Dam, Judy (Roger) Bader of Beaver Dam, and Mary (Gene) Wiese of Theresa; other relatives and friends. Dick was preceded in death by his parents and his brothers and sisters, Bill Jr, Bruce, Chuck, David, Geraldine and Shirley.

The Koepsell-Murray Funeral Home, 716 Clinton Street in Horicon, is caring for the family. To leave condolences, for directions, or for other information, please visit our website at www.MurrayFH.com.