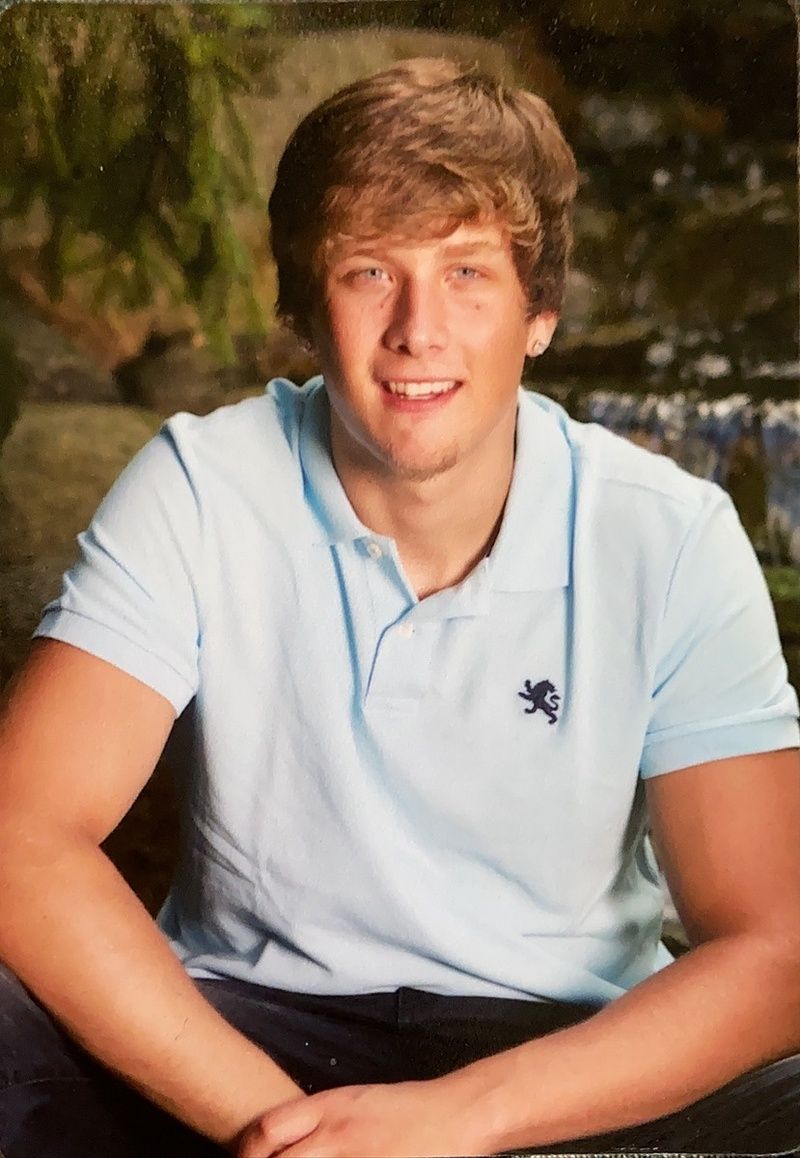 Riley Scott Gable, 21 of Horicon slid into Heaven peacefully on Saturday, October 24, 2020. He was born on February 18, 1999 in Hartford to parents Melissa (Peters) Holub and Robert Gable. Riley instantly brought joy to his family’s life with his easy smile, fun-loving nature, and penchant for always being dirty and disorganized. Known for his wicked sense of humor and ability to make everyone laugh, Riley was the king of one-liners. Riley was generous with his time and a good listener when people needed to talk. One of Riley’s best qualities was his big heart and overwhelming capacity to love his family, including his grandparents Nan and John with whom he resided at the time of his death and had a special relationship. Riley loved baking and game nights with his Mom, fishing and hunting with his Dad, playing basketball with his sister Julia, and watching out for his little sister Alli. He also played soccer every summer and developed his joy of wrestling at an early age.Riley wrestled and played football at Horicon High School, where he graduated in 2017, thanks to the support of his coach and mentor, Lucas Kern. While in school, Riley volunteered with special needs students and developed a unique relationship with several of the students which was very meaningful to him.After graduation, Riley was employed at various local companies as a laser operator and welder. In September 2017, he experienced the greatest joy in his life when his daughter, Odyssah Gable, was born. Riley loved Odyssah with all his heart, loved being a father, and doted on her constantly. Riley is survived by his daughter, Odyssah, mother Melissa (Peters) Holub and father Robert (Chastity) Gable, and sisters Julia (Jamie) Rahn and Alli Gable. He also leaves his grandparents, John and Nan Gable and Al Vogel, special friend BriAnna Fleming, aunt and uncle Lynn (Gable) and Matt Peters, uncle James Whittamore, uncle and aunt Scott and Amy Whittamore, and many other family members and loved ones. Riley was preceded in death by his grandmother Jo Vogel and great grandmother Rose Peters.Arrangements are being handled by the Koepsell Funeral home. Due to Covid-19, a celebration of life will be held for Riley in spring 2021 at Discher Park in Horicon. More info will be forthcoming, and memorials can be made to the family and sent to 721 Forest Drive, Mayville, WI 53050.