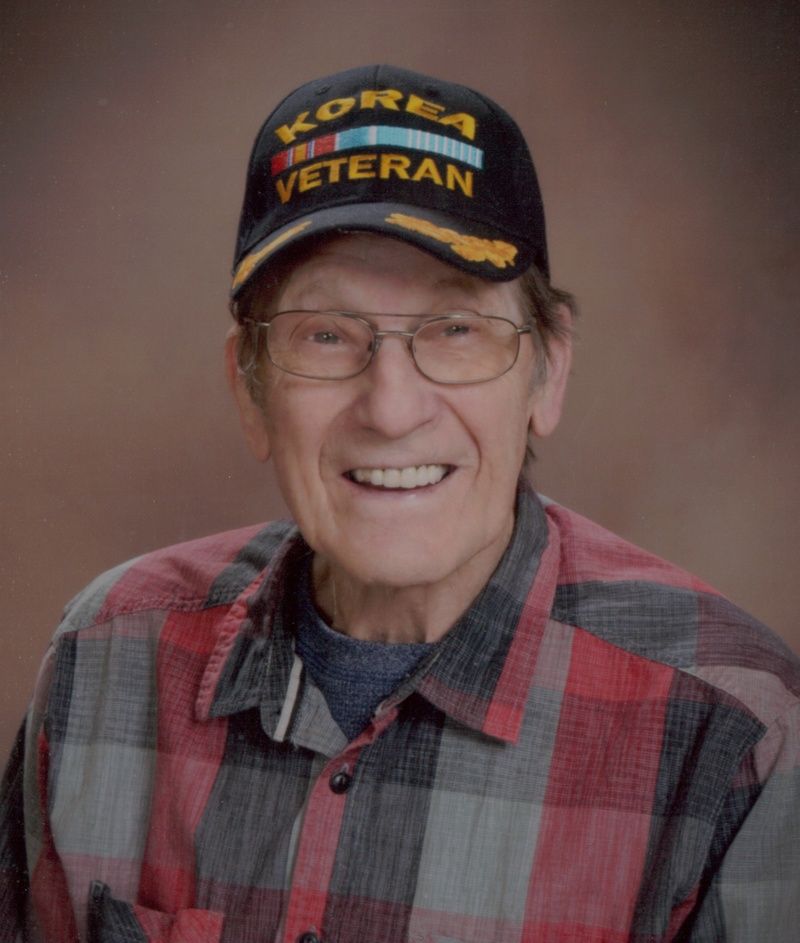 Robert (Bob) August Miescke, age 90, of Horicon, passed away on Friday, September 27, 2019 at Clearview in Juneau with family and friend by his side.The visitation will be at Zion Lutheran Church in Horicon on Thursday, October 3, 2019 from 10:00 a.m. until 12:00 noon. The funeral service will follow at church on Thursday at 12:00 noon with Rev. Daniel Vojte officiating. Burial will be at Oak Hill Cemetery in Horicon with military honors provided by the Horicon American Legion Post #157.Robert August Miescke, eldest son, was born on September 20, 1929 in Shawano County, Wisconsin, to Merlin and Freida (Heuer) Miescke. After graduating high school, Bob went on to serve in the United States Army in the Korean War as a forward observer in the Artillery Division from 1951 until 1953. He was united in marriage to Sharon Bach on October 31, 1953 at St. Patrick’s Catholic Church in Beaver Dam. Bob worked at John Deere Horicon Works as an assembler on grain drills, snowmobiles, and lawn and garden equipment, until his retirement, after 40 years. He was a member of the Zion Lutheran Church in Horicon and a member of the Horicon American Legion Post #157. Bob was an avid hunter. He also enjoyed woodworking, snowmobiling, cross country skiing, walking, and fishing at his cottage in Eagle River and spending time with family and friends along with his grand dogs, Bailey, Bobo, Zoe, Kylee and Obi. He spent several years as a boys little & senior league baseball coach. Bob had a smile everyone enjoyed. Bob is survived by his children, Richard Miescke of Dubuque, IA, Lanaea “Lonnie” Miescke, of Milwaukee, and Tami (Eric) Kaiser of Horicon; grandson, Dominick Kaiser; brother, David (Cheri) Miescke of Horicon; sisters, Mona Lichtenberg of Mayville and Celia Immerfall of Beaver Dam; sister-in-law, Lorraine “Lori” Miescke of Horicon; nieces, nephews, other relatives and friends. He was preceded in death by his parents; his wife, Sharon in 2005; brother, Donald and sister-in-law Jeanez; brother, Edward; brother-in-law, Earl Lichtenberg; brother and sister-in-law, John & Vivian Bach; and sister-in-law, Judy Bach.Thank you to Clearview and the staff for the fine help for our father-dad.