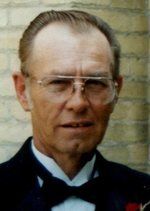 Robert A. Hoffman, E1891 Brace Road, Little Girl”s Point, Ironwood, MI was called to eternal life on Tuesday, February 5, 2013 at his daughter”s home in Horicon,WI after an unexpected brief battle with cancer.

Visitation for Robert will be at the Murray Funeral Home, 716 Clinton Street in Horicon, on Saturday, February 9, 2013 from 12:30 PM to 3:30 PM. Funeral services will follow at the funeral home on Saturday beginning at 3:30 PM. Rev, Daniel Seehafer will officiate. Burial will be in Ironwood, MI.

Robert was born in Hartford, WI, on July 30, 1944. He was the son of Mathias and Evelyn Hoffman, Iron Ridge, WI. He graduated from Mayville High School. After serving in the U.S. Army, he was employed by John Deere Horicon Works; he retired in 1996 following 30 years of employment.

In 1977, Robert married Norita J. Bennett. They resided in Horicon. After retirement, they moved permanently to their northland residence at Little Girls Point, MI. He was an avid hunter and enjoyed spending time in the woods until he suffered a stroke in 2006. Watching and feeding the wildlife around their home continued to be a favorite pass time. His special joy was spending time with his grandchildren.

The family would like to thank everyone who gave support and assistance to them and Robert during his time of illness. All visits and prayers were deeply appreciated. Special thanks to Hillside Hospice of Beaver Dam and Pastor Seehafer for their services and compassion.