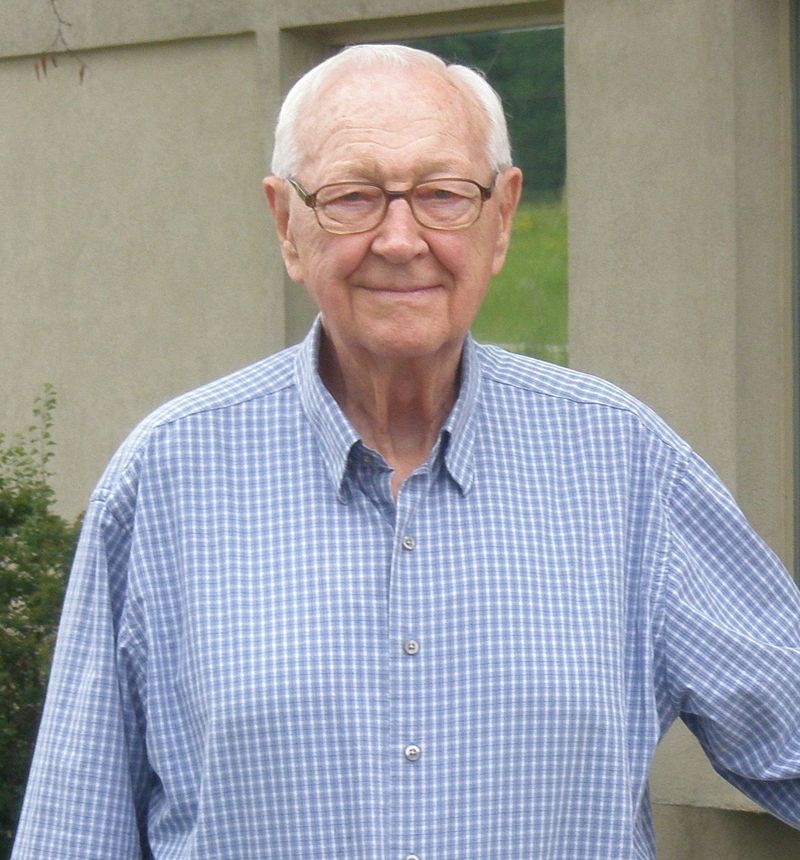 Robert “Bob” Gleisner, age 92, a lifelong resident of Mayville, Wisconsin, died on Friday, February 27, 2015, at Hillside Manor in Beaver Dam.Bob was born on January 26, 1923, in Mayville, the son of Arnold and Linda (Pahl) Gleissner. He graduated from Mayville High School in 1941 and joined the U.S. Army. He was a World War II veteran and fought in the Battle of the Bulge. He married his high school sweetheart, Lucille Greget, on November 6, 1943, at St. Paul’s Lutheran Church in Mayville, Wisconsin. They enjoyed 65 years of marriage. Lucille preceded him in death on December 31, 2008.After returning from World War II, Bob started Gleisner’s Appliance, Inc., a business he and his wife operated for 35 years in Mayville. He was a lifetime member of St. Paul’s Lutheran Church, a member of the Mayville American Legion Post No. 69, and a charter member of the Mayville Lions Club. He was also active in the Mayville Chamber of Commerce and the Goose Haven Gun Club. Bob loved Mayville and the Horicon Marsh. He enjoyed many happy years of fishing, hunting, bowling, golfing, and playing cards with family and friends. In his retirement, Bob taught himself wood carving and loved tinkering around in “Grandpa’s Workshop.” Bob was always happy spending time with his two grandchildren who he loved very much. He looked forward to summer vacations with them on Silver Lake in Wautoma. Bob will be remembered as a fun-loving, story-telling, always enjoying a joke, and loving grandpa. Bob is survived by his son and daughter-in-law, Tom and Mary Ann Gleisner, of Wausau, Wisconsin, his grandchildren, Todd (Allison) Gleisner of Fremont, Wisconsin, and Tracy (Mike) Pyle of Cottage Grove, Minnesota, and his great-grandchildren, Jake and Kylie Pyle, and Olivia Gleisner. He is further survived by two nephews, Ken (Kathy) Gassner of Horicon and Tim (Gwen) Gassner of Juneau.In addition to his wife, he is preceded in death by his son, Dan who died May 2, 1960, his parents, Arnold and Linda Gleissner, his sister, Lucille A. Gleissner, sister-in-law and brother-in-law, Eleanor and Norbert Gassner, a niece, Virginia (Gassner) Loest, and many dear friends.Private funeral services for Bob were held on Thursday, March 5, 2015, at the Koepsell Funeral Home in Mayville, with Pastor Barry Hoertz of St. Paul’s Lutheran Church officiating. Interment at Graceland Cemetery with military rites provided by Mayville American Legion Post No. 69.Bob’s family would like to thank all Bob’s caregivers at Hillside Manor for their compassionate care over the last several years.In lieu of flowers, memorials may be directed to the family for their designation, in care of Koepsell Funeral Home.