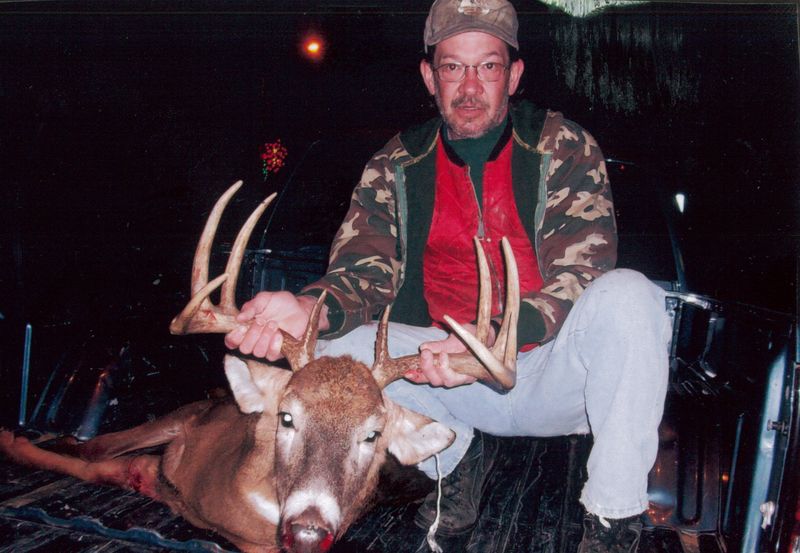 Robert M. Weidman, 58, of rural Reeseville, passed away peacefully with his loving wife by his side on Monday, May 8, 2017 at his home. A visitation for Robert will take place from 4 p.m. to 6 p.m. at The Refuge of Reeseville Church (Koepsell-Murray Funeral Home 214 S. Main Street, Reeseville, Wi) on Saturday, May 13, 2017. A memorial service will also be held on Saturday, May 13, 2017 for Robert at 6 p.m. with Pastor Chris Behymer officiating at The Refuge Church in Reeseville. Robert was born on October 6, 1958 in Beaver Dam. In December of 2001 he was united in marriage with Sherri Schwoch in Juneau. He was employed as a machinist for Sussek Machine Company for 36 years. Robert was an outdoorsman, he enjoyed fishing, hunting, and trap shooting. His dream was to be a captain of a charter fishing boat. Robert is survived by his wife, Sherri; his children, Tracy (Jerry) Weidman, Jessica Pope, Miles Weidman, and Joshua Pick; 2 grandchildren; his sisters, Becky (Bob) Embertson and Bonny Rennhack; mother-in-law, Dorothy Schwoch; sisters-in-law, Susan (Ken) Strahota and Judith Eichorst; brothers-in-law, Donald (Sharon) Schwoch, Doug Schwoch, and Jeff (Beth) Schwoch; special niece and nephews, Andrea, Nick and Brandon Rennhack. He is further survived by other nieces, nephews, relatives and friends. Robert was preceded in death by his grandparents; parents; father-in-law, Edwin Schwoch; brother-in-law, Dale “Putz” Rennhack; and sister-in-law, Cindy Schwoch. The family would like to extend a thank you to Dr. Hei, and staff; Dr. Poser and staff, the nurses and doctors of the Beaver Dam Community Hospital’s Oncology Department, and the caring staff at Hillside Hospice.