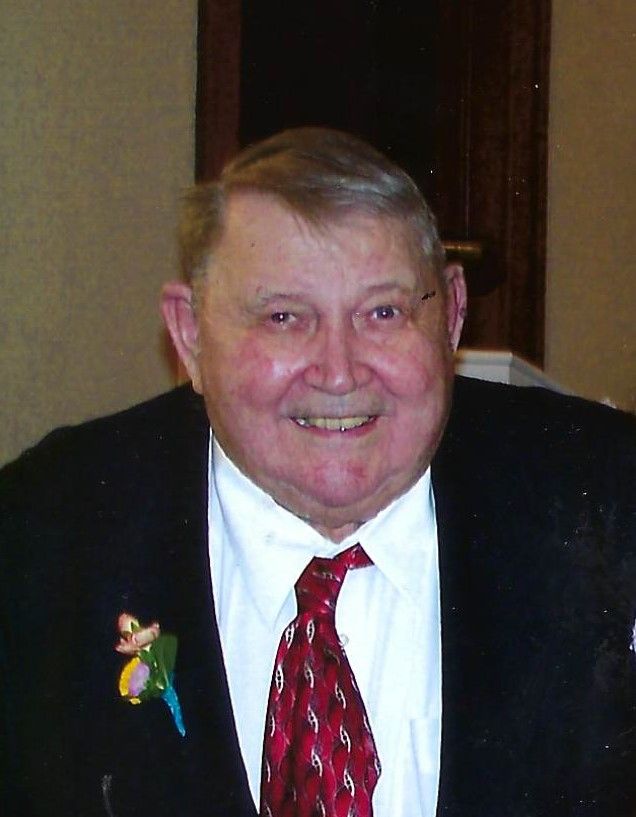 Roger Fink, 86, of Mayville, Wis., passed away on Sunday, June 23, 2019 at his home.A funeral service for Roger will take place on Thursday, June 27 at 2 p.m. at St. Paul Ev. Lutheran Church, Town of Lomira with the Rev. Matthew Kuske officiating. A visitation will take place on Thursday, June 27, from 10 a.m. to 2 p.m. at the church. Interment will take place at St. Petri Cemetery, Town of Theresa.Roger was born on May 22, 1933 to Henry and Irma (Pribnow) Fink. He was a 1951 graduate of Mayville High School. He was united in marriage to Carol Lepien on August 13, 1955 at the Evangelical United Brethren Church in Hartford. Roger, together with his wife Carol, farmed in the Town of Theresa.He was an active member of St. Paul Ev. Lutheran Church and had served on the church council. Roger was the secretary/ treasurer of St. Petri Cemetery for over 60 years. He was a past director and then president of the Theresa Mutual Insurance Board. Roger also served as director of the Dodge Co. Co-Op. In his spare time, Roger enjoyed bowling, dartball, the Packers, the Brewers, and bird watching. He will be fondly remembered for his favorite hobby of all- overseeing the activities on their family farm from his house on the hill.Roger is survived by his children, Gloria (Paul) Baldauf of Mayville, Wis., and John (Vicky) Fink of Mayville, Wis.; grandchildren, Brandon (Megan) Fink and Brittany Fink; His sister; Jeanette (David) Messner of Oakfield. Sister in law; Janet Moldenhauer of Iron Ridge. Brother in law; Ned (Carolyn) Lepien of Hartford. He is further survived by nieces, nephews, other relatives and friends.He was preceded in death by his parents, his wife Carol, an infant daughter, grandson Zachary and brothers in law Orville (Marilyn) Schauer and Marvin Moldenhauer.In lieu of flowers, memorials may be made to St. Paul Ev. Lutheran Church or the St. Petri Cemetery Association.