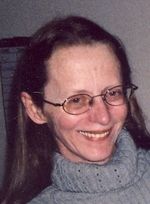 The former Romona Jane Schuld was born on January 10, 1958 in Jefferson, Wisconsin to Lester and Doris (Durkee) Schuld. On January 12, 1983, she was united in marriage with Rene Guerra in Jefferson, Wisconsin; soon after, they moved to Beaver Dam. Mona worked at Walmart for the past 23 years; she loved her job and the people she worked with. One of her greatest joys in life was her grandchildren whom she absolutely adored. Mona enjoyed the occasional trip to the casino where she could play her favorite machine, “Fluffy”.

If desired, memorials may be made in Romona J. Guerra”s name to the American Cancer Society.