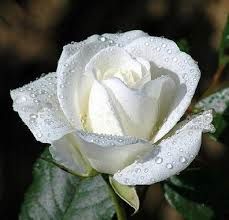 Roseann Sippel, 70 years old, of Columbus, passed away on Friday, June 24, 2016 at her home with her family by her side, after a courageous battle with cancer. A visitation and Celebration of Life will be held on Monday, June 27th from 5:00 – 8:00 p.m. at Koepsell-Zeidler Funeral Home in Columbus. A private interment will be held at a later date. Rose was born on September 29, 1945 in West Bend, WI, the daughter of Anthony and Marcella (Brussel) Yearling. She was a graduate of West Bend High School in West Bend, WI. Rose was united in marriage with Andrew H. Sippel on April 20, 1968 in West Bend. Rose enjoyed being a homemaker for 48 years. She also enjoyed spending time with family and being a member of the Tony Rocker Fan Club. Rose also enjoyed traveling to Memphis, TN.Rose is survived by: her husband of 48 years Andrew H. Sippel of Columbus; her children: Brian (Kelly) Sippel of West Allis, Kandie (Andrew) King of Tomahawk, Andrew (Geri) Sippel of Sun Prairie, Krystal Sippel of Edgerton, and Ryan Sippel of Columbus; 11 grandchildren; 3 great grandchildren; her siblings: Mary Mick of Mesa, AZ, Robert (Ruth) Yearling of Mequon, WI and Antoinette (Dennis) Kollar of Campbellsport, WI, sister-in-law Frances (Alvin) Weisner of Brownsville and brother-in-law Ray (Joann) Sippel of Campbellsport, many nieces, nephews, other relatives and friends.Rose is preceded in death by her parents Anthony and Marcella Yearling and her mother and father-in-law Alex and Margaret Sippel and her brother-in-law Roger Mick.