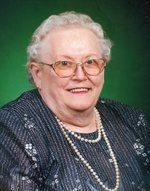 Marjorie L. Ruste, 80, of Columbus passed away on Saturday, April 26, 2014 at the Columbus Nursing and Rehab. Center.

A memorial service will be held at 11 a.m. on Wednesday, April 30, 2014 at Zion Ev. Lutheran Church in Columbus with the Rev. Robert Wilke officiating. A visitation will also be held on Wednesday from 10 a.m. until 11 a.m. at the church. Inurnment will take place at St. John”s Lutheran Cemetery in Doylestown at a later date.

Marjorie was born the daughter of Edward and Agnes (Holnagel) Lange on April 17, 1934 in Columbus. She was married to Vincent Ruste on September 2, 1973 at Zion Ev. Lutheran Church in Columbus. Marjorie was employed with the Kromer Cap Co. in Columbus until her retirement.

Marjorie was a member of Zion Ev. Lutheran Church in Columbus where she was a member of the Ladies Aid. She volunteered for Bethesda in Watertown. Marjorie enjoyed Sheepshead and attended many activities at the Columbus Senior Center.

Marjorie is survived by her sister-in-law, Marg Lange of Hartland and further survived by nieces, nephews, other relatives and friends. She was preceded in death by her parents, her husband Vincent, two sisters: Ruth and Geraldine and her brother John.