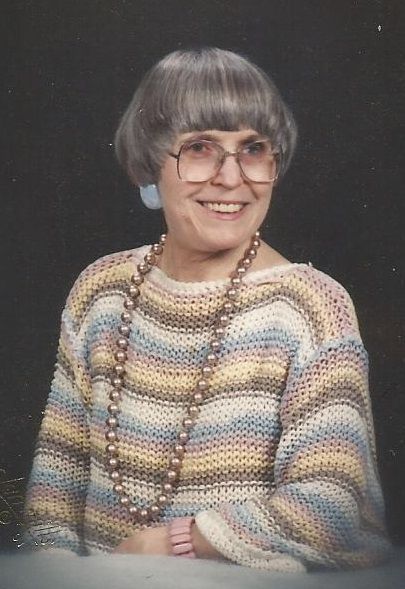 Services: 1 p.m. on Wednesday, July 2, 2014 at the Koepsell-Zeidler Funeral Home in Columbus

Ruth H. Freck, age 89, a resident of Columbus passed away on Wednesday, June 25, 2014 at ‘At Home Again’ Assisted Living in Columbus.

Ruth Helen was born the daughter of George and Emma (Wolff) Nitschke on January 22, 1925 in Racine, WI. Ruth attended Zion Lutheran Elementary School and was a graduate of Columbus High School. She later completed her training at the Wisconsin School of Cosmetology in Madison. Ruth was married to Byron Freck on June 26, 1947 at Zion Ev. Lutheran Church in Columbus. She was employed with numerous retail stores in Columbus.

Ruth was a longtime member of Zion Ev. Lutheran Church in Columbus. She was an avid walker. Ruth enjoyed tending to her plants, traveling and loved her pets. She especially cherished her time with her family and friends.

Ruth is survived by her three children: Paula (Peter) Touhey of Kenosha, Eugene Freck of Columbus and Frederic (Donna) Freck of LaGrangeville, NY; her four grandchildren: Patrick and Pamela Touhey and Erin and Paul Freck; her sister-in-law, Joanne Nitschke of Columbus; and further survived by nieces, nephews, other relatives and friends.

She was preceded in death by her parents, her husband, Byron on December 13, 2002, and her brother, George.

A memorial service will be held at 1 p.m. on Wednesday, July 2, 2014 at the Koepsell-Zeidler Funeral Home in Columbus with the Rev. Robert Wilke officiating. A visitation will also be held on Wednesday, July 2nd from 11:30 a.m. until 1 p.m. at the funeral home. Inurnment will take place at Hillside Cemetery in Columbus.

Ruth’s family would like to extend a special thank you to the staff and volunteers with Hillside Hospice of Beaver Dam, and to the staff of ‘At Home Again’ Assisted Living in Columbus for all their wonderful care and support.

Memorials: In lieu of flowers, memorials may be directed to the Columbus Community Hospital Foundation.