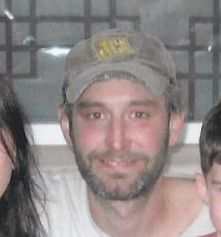 Scott W. Larsen, 45 years old, of Beaver Dam, passed away on Friday, June 9, 2017 at his home in Beaver Dam, WI.A memorial service will be held on Saturday, June 17, 2017 at 1:00 p.m. at Koepsell-Murray Funeral Home in Beaver Dam, with the Rev. Jonathan Szczesny officiating. A visitation will also be held on Saturday, June 17th from 11:00 a.m. – 1:00 p.m. at Koepsell-Murray Funeral Home in Beaver Dam. Scott Walter Larsen was born on December 11, 1971 to Wayne A. and Barbara R. (Reiss) Larsen in Madison. He graduated from Wayland Academy in 1990 as the class salutatorian. During his time at Wayland Scott was a member of the Academic Decathlon Team. He also attended U.W. Stout in Menomonie, WI. Scott was a kind, humble, gentle person. He was a smart, witty, creative, and had many talents. Scott was employed as a carpenter with M & M Builders. He loved listening to and playing music; He played saxophone in Wayland Academy’s jazz band, as well as playing guitar in numerous bands on the West Coast after high school. He played soccer when he was in second grade on a Fond du Lac recreational team, and he continued playing on the Mayville Flyway teams and the Wayland Academy team, which went to the state semi-finals in 1986. Scott was well-read, always learning, and could carry on an intelligent conversation on almost any subject. Scott was well-loved by many and will be sorely missed.Scott is survived by: his parents Wayne A. and Barbara R. Larsen; his life partner Liz Randall of Beaver Dam; his sister Karin (Eric) Swanson of San Marcos, CA; his nephew Tyler Swanson of San Marcos, CA; other relatives and friends.Scott is preceded in death by his grandparents.