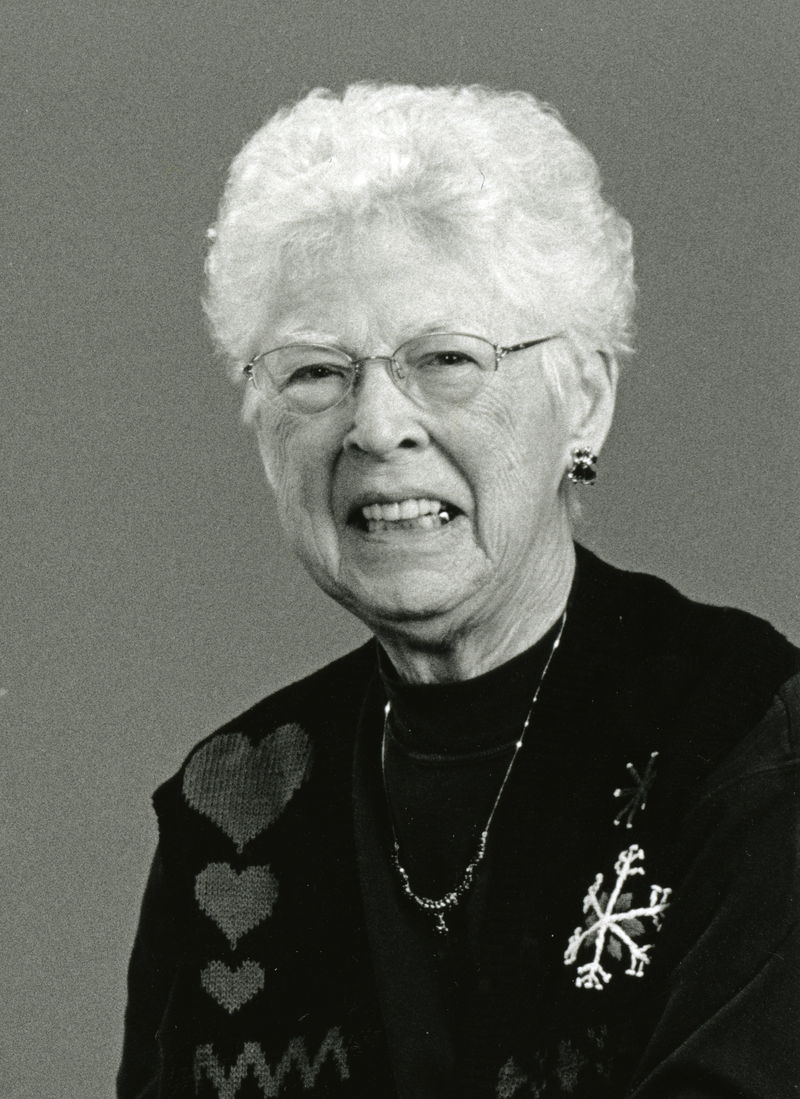 Shirley Joan Widmer (nee Borgman) went home to be with her Lord and Savior on May 6, 2014.

Funeral services will be held at St. Peter’s Evangelical Lutheran Church, 113 E. Bonduel St., Theresa, WI at 4:00 pm on Monday, May 12, 2014 with Pastor John Lehrman officiating. A visitation will also be held at the church from 1:00 pm to 4:00 pm on Monday. A celebration of Shirley’s life and meal will follow the funeral service at the Theresa Town Hall, N8679 County Rd. P, Theresa, WI.

Shirley was born on September 13, 1932 the daughter of Elmer and Jeanette (Allen) Borgman. She grew up in rural Lomira on her parent’s dairy farm.

She was a 1950 graduate of Lomira High School. Following high school she worked for a number of years as a bookkeeper for Baker’s Canning Company in Theresa. On November 9, 1957 she was married to James (Jim) Widmer at St. John’s Evangelical Lutheran Church in Lomira, WI.

After her marriage, Shirley was the bookkeeper for Widmer’s Cheese Cellars for many years. She also was very involved in her husband’s photographic endeavors helping compose photos, captions and often being a subject in many photographs.

She was very instrumental in organizing a number of World War II Navy reunions for her brother-in law Ralph Widmer. These reunions were very life-changing for the people who were fortunate enough to attend them.

Her biggest passion is life was the people she knew and loved. Everyone who knew her loved being around her. She was one of the most caring and compassionate people you could know.

She was a constant fixture at any activities in which her husband, children, and grandchildren were involved. She also was enjoyed watching Wisconsin sports teams specially the Milwaukee Brewers.

Shirley will be greatly missed by everyone who knows her. She is survived by her loving husband of 56 years: Jim Widmer, daughters: Brenda (Joe) Wilz of New London, WI and Kay (Larry) Hren of Neenah, WI grandchildren: Chelsey (special friend Adam Marshall) Wilz, Parker Hren, Logan Wilz, Carly Hren and her dog: Ginger. She is also survived by several nieces, nephews, other relatives, and friends.

She was preceded in death by her parents, brother Elmer (Buddy) Borgman, and granddaughter Angella Wilz.

The family would like to thank home caregivers Laura Miley, Christina Jaeger, and Angie Krieger for helping make the last months of Shirley’s life very special. We would also like to thank Pastor John Lehrman for his help, his support and his Christian love.