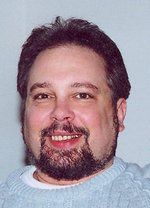 Steve was born on July 21, 1957 in Racine, Wisconsin to Robert and Mary Ann Clazmer. He graduated from Fall River High School in 1975. Steve was currently working at Schumann Printers in Fall River. He was a dedicated employee for over 20 years and was absolutely committed to his job. Steve was also a sports enthusiast. He enjoyed watching baseball, especially the Brewers/Cubs rivalry, the Badgers, Packers and fantasy football with his friends at Schumann”s. One of his favorite pastimes was fishing out on the thirteen curves and going for drives in the country. Steve was a devoted son and brother who loved his family. He especially enjoyed the time he shared with his parents. He made it a point to visit them faithfully every Sunday. Often times he would help out his Mom and Dad by running errands for them. Steve”s caring, quiet, and peaceful character will be deeply missed by his family and friends.

Steve is survived by his parents, Robert and Mary Ann Clazmer, his oldest sister, Michele (Dave) Wolff and their children Matt and Amanda (Daniel), his brother, Dave (Silvina) Clazmer and their son Tyler, and Steve”s younger sister, Gloria (Lee) Smith and their children Nicholas and Nicole; Steve”s daughter, Aimee; along with other relatives and friends. Steve was preceded in death by his grandparents.

Visitation for Steve will be at the Murray Funeral Home in Beaver Dam on Monday, March 30, 2009 from 12:00 Noon to 2:00 p.m. Funeral services will follow immediately at 2:00 p.m. Pastor Wayne Rockwell will officiate. Burial will be at Oakwood Cemetery in Beaver Dam, Wisconsin.