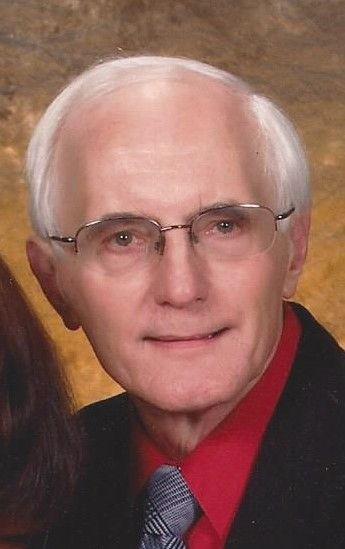 Thaddeus ‘Ted’ J. Pyrek, age 72, of Horicon passed away on Monday, August 13, 2018 at his home with his family by his side.A Mass of Christian Burial will take place on Saturday, August 18, 2018 at Sacred Heart Parish in Horicon at 11 a.m. with the Rev. Fr. Justin Lopina presiding. A visitation will take place on Saturday, August 18, from 9 a.m. until the time of the Mass at 11 a.m. at the church. Burial will take place at St. Malachy Cemetery in Horicon with military honors conducted by the Horicon American Legion Post #157.Ted was born the son of Thaddeus S. and Jessie (Zachacz) Pyrek on July 29, 1946 in Chicago. He was a 1964 graduate of Marquette University High School in Milwaukee. He then went on to the University of Montana where he received his Bachelor’s degree in Forestry in 1969. He continued his education at the University of Wisconsin in Madison where he completed his Master’s in Forestry in 1974. Ted was united in marriage to Geri Lynn Martin on August 21, 1971 in Milwaukee. He was a veteran of the US Army serving his country from 1969-1971 including one tour of duty in Vietnam. Ted spent his career in natural resource management as a forester for the Wisconsin Department of Natural Resources from 1974 until his retirement in 2007. Ted was an active member of Sacred Heart Parish in Horicon, where he served in many capacities such as trustee, parish council, and the finance committee. He also was active at St. Malachy School where he served on the school board. Ted was a member of the Horicon Rotary Club, where he served as past president and was a Paul Harris Fellow award recipient. He was a member of the Horicon American Legion Post #157 and the Society of American Foresters. Horicon was an important part of Ted’s life and he helped serve his community as a past 3rd district alderperson, helped Horicon become a Tree City, and served on the library board. In 2017 Ted received the Horicon Community Service Award. In his spare time Ted enjoyed being outdoors, especially while he was on his bicycle, and loved the time spent with his family and grandchildren.Ted is survived by his wife Geri of Horicon. His daughters- Holly A. (Reid) Sollberger of Eau Claire, Erin M. Pyrek of Lexington, KY., and Rebecca J. (Benjamin) Kimmet of Viroqua. His 7 grandchildren- Margaret R. Sollberger, Henry P. Sollberger, Lucille A. Sollberger, Jacob L. Kimmet, Amelia C. Kimmet, Sebastian T. Kimmet, and Isaac M. Kimmet. His siblings- Thomas R. (Mary Ellen Stolder) Pyrek of La Crosse, and Janine D. (Timothy Walsh) Pyrek of Brevard, NC. He is further survived by nieces, nephews, other relatives and friends.He was preceded in death by his parents.Special thanks to the doctor’s, nurses, and staff at Hillside Hospice for the care and support shown to Ted and his family, and to family and friends who remembered Ted and his family in their prayers.