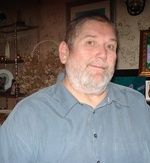 Timothy Dorland Berg was born on September 22, 1949 in Beaver Dam, Wisconsin to Merrill and Myrtle (Mattson) Berg. He graduated from Beaver Dam High School in 1968. While in high school, Tim won the 1968 state wrestling championship in his weight class; he was also First Team All State in football and All State in baseball. After high school, Tim continued to participate in baseball and in rugby and was an avid sports fan throughout his life. On July 3, 1976, he was united in marriage with Suzanne Behm at St. Stephen”s Lutheran Church in Beaver Dam. He worked for the Wisconsin Department of Corrections for 20 years and was a member of St. Stephen”s Lutheran Church in Beaver Dam. Tim”s family was most important to him and he also enjoyed socializing with his many friends.

Visitation for Tim will be at Murray Funeral Home in Beaver Dam on Thursday, August 9, 2012 from 3:30 PM to 5:30 PM. Funeral services will follow at the funeral home on Thursday beginning at 5:30 PM. Rev. Philip Heyer will officiate. After the funeral service, the family invites folks to join them at John”s Bar, 1201 Madison St., Beaver Dam, for a time to share stories and remember Tim. Burial will be at St. Peter”s Cemetery in the Town of Beaver Dam, Dodge County, Wisconsin on Friday, August 10, 2012; please meet at Murray Funeral Home on Friday at 10:30 AM, the procession will leave for the cemetery at 10:45 AM.