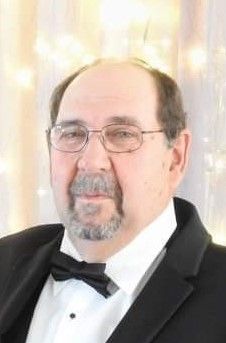 Walter R. (Gator) Adelmeyer, age 66, of Lomira passed away on Wednesday, July 24, 2019 at his home surrounded by his loving family.Walter was born the son of Robert and Anna Mae (Jones) Adelmeyer on February 13, 1953 in Beaver Dam. He was a 1971 graduate of Mayville High School. Walter was united in marriage to Barbara Lawrence on April 19, 1975 in Lomira at Trinity United Methodist Church. In the early part of his life, Walter helped on his family farm, located on Dairy Road in LeRoy. He went on to become an over the road truck driver for 40 years. He took great pride in his work and enjoyed taking his family on some of his routes. In his spare time Walter enjoyed the Packers, Brewers, and the Badgers. He loved watching his son’s games and helped coach whenever he had time. He relished being outdoors, especially hunting and fishing with his family and friends. He also enjoyed shooting trap, bowling, and playing softball. Walter is survived by his wife- Barb of Lomira. His sons- Donald (Dawn) Adelmeyer of Jackson and Dustin (special friend Megan Casey) Adelmeyer of Fox Lake. His sister- Mary Ann (Tony) Alsberg of Lomira. His brother in law- Mark Lawrence of Great Falls, MT. 1 grandchild on the way and his step grandchildren- Dezirae and Trenton Jones. His canine companions- Lacey, Peanut, and Minnie. His grand pups- Nova and Lincoln. Walter is further survived by an uncle, cousins, and other relatives and friends.He was preceded in death by his parents and in laws Don and Jackie Lawrence.A funeral service for Walter will take place on Friday, August 2 at 8 p.m. at the Koepsell Funeral Home in Mayville. Visitation will take place on Friday, August 2 from 4 – 8 p.m. at the funeral home in Mayville.The family would also like to thank the nurses and staff of Generations Home Care and Hospice Inc for the kindness and comfort they provided for Walter and his family in his final days.