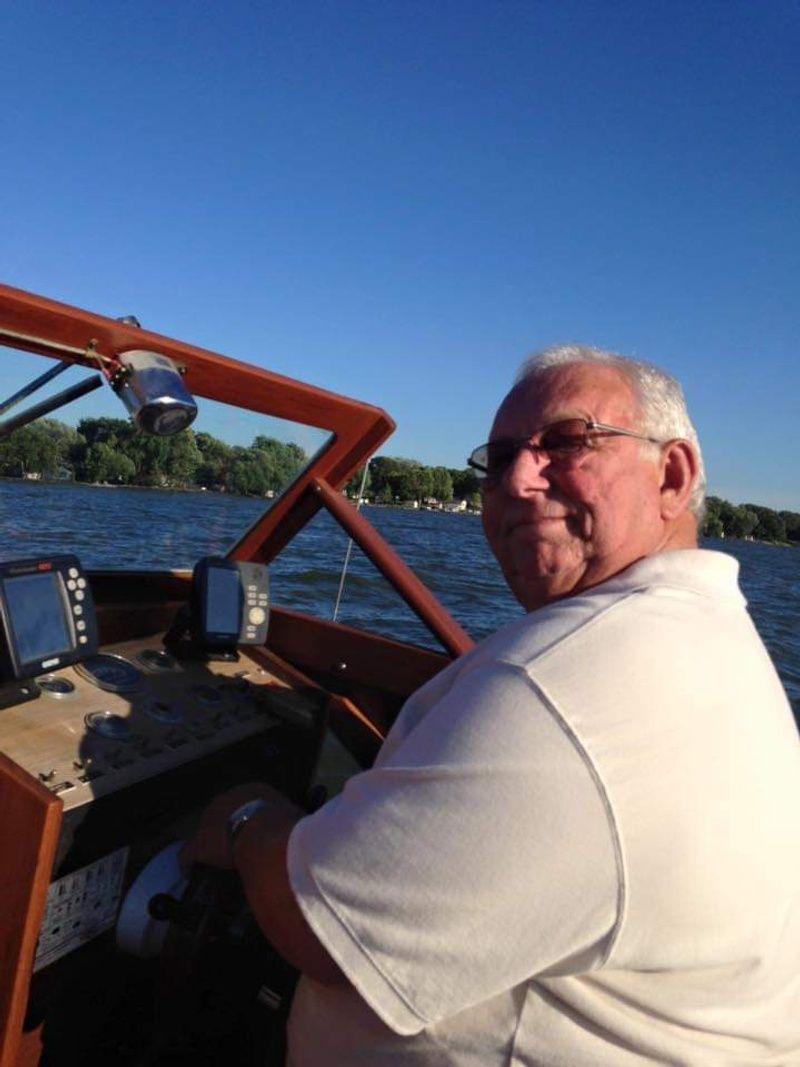 Wayne L. Del Ponte, of Mayville, passed away peacefully on February 7th, 2022, at the age of 81. A private memorial Mass of Christian Burial will be held at St. Mary Catholic Church with the Rev. Fr. Tom Biersack presiding. Military honors will be conducted by the Mayville American Legion Post #69. Inurnment will take place at St. Mary Catholic Cemetery at a later date.He was born August 24, 1940, to Peter and Marian Del Ponte of Knowles WI. He graduated from Mayville High School in 1958. April 28, 1962, he married the love of his life, Arlitt Wegener and made their home in Mayville Wi after serving 4 years in the Air Force in Delaware.Wayne is survived by his wife Arlitt Del Ponte (nickname “Chickadee”), and daughter’s (nickname “Wayne’s Angel’s”), Kim (Gill) Brown, Christine (Greg) Neu, Jackie (Dev) Beal, 9 grandchildren and 8 great grandchildren.He is also survived by his siblings Denis (Sue) Del Ponte, Dale (Jan) Del Ponte, Carol (Steve) Krueger, Lee (Carol) Del Ponte, Sally Baier, Tim Del Ponte & Alan Del Ponte. Sister In Law Kate (Keith) Stieve, Brother In Law’s Dennis (Kim) Welak, and Tim Welak (Patti Clement).Wayne was proceeded in death by his parents and Mother In Law and Father in Law, Elinor and James Welak.Prior to his retirement, Wayne worked as a master carpenter of his own business, W & W Builders. Later he worked as an Engineer for Gleason Reel.Spending time with family was his favorite past time, but many of his memorable days were on the water fishing and traveling. He was active in the community throughout his years, serving as a volunteer firefighter, Lions member, Knights of Columbus, and Legion member.His cheerful/sassy attitude and bright smile will be deeply missed.Special thanks to the staff of Hope Health and Rehabilitation in Lomira for the care and support shown to Wayne and his family.Memorials may be directed to the St. Mary Cemetery Association or Hope Health and Rehabilitation in Lomira.

Plant a Tree
Events
There are no events scheduled. To plant a tree in memory of Wayne L. Del Ponte, visit the Tribute Store
×
×
Donations
[donation_list][/donation_list]