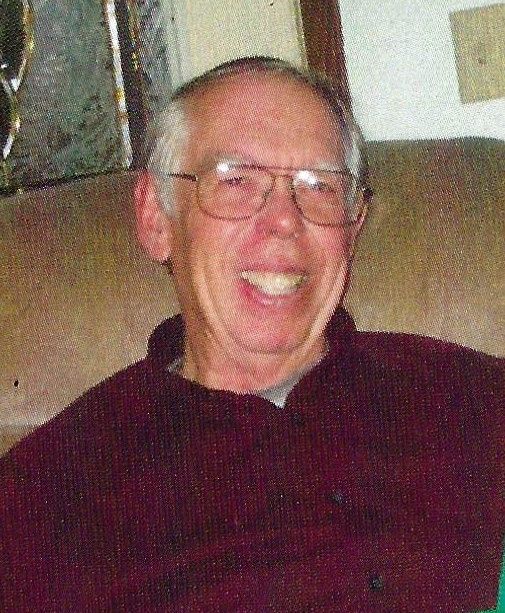 In less than six weeks, after being diagnosed with cancer, God created “The Perfect Storm” to peacefully bring William (Bill) Walter Fogarty home to live with Christ on June 18, 2019. Bill was born October 20, 1944 in Pontiac Michigan to Richard and Margaret (Johnson) Fogarty. He graduated from GMI in 1967 and then continued his education at Wayne State University graduating with a Master’s Degree in Business. He married Mary Ellen (Hutchins) on May 4, 1968 in Hazel Park, Michigan. They lovingly raised two daughters, Jennifer and Amy. Bill retired from Ford Motor Company in 2002 after a 35-year career as a Engineering Manager. Mary and Bill moved to Wisconsin in 2004 to be closer to their children and grandchildren. Bill lived his life to glorify God in all that he did. He was an excellent leader of faith. During his illness, Bill maintained his belief that God was in control. He continually strived to ensure his family was provided, protected and cared for. He enjoyed studying the Bible, spending time with his family, traveling, attending concerts, classic cars and history. Bill is survived by his wife, Mary of Horicon, daughters, Jennifer (Brad) Freriks of Waupun and Amy (Bret) Enslen of Waukesha, grandchildren, Corey and Haley Freriks and Ethan, Alex, Eliana and Leah Enslen, his brothers, Michael Fogarty of Clarkston, Michigan, Richard (Sharon) Fogarty of Powell, Tennessee, Kevin Fogarty of Bay City, Michigan, sisters, Nancy (Michael) Skoken of Sterling Heights, Michigan, and Peggy Fogarty of Sterling Heights, Michigan, his in-laws Scott (Sandy) Hutchins of Gainesville, Georgia, Patricia Arsenault of Grosse Ille, Michigan and Linda (Bill) Lee of Auburn Hills, Michigan. Preceded in death by his parents, Richard and Margaret Fogarty, parents-in-law, Ralph and Murl Hutchins, two brothers-in-law, John Corace and Michael Arsenault, and two sisters-in-law, Karen Fogarty and Sheila Hutchins. On Monday, June 24, a visitation will take place from 4-7pm at the Koepsell-Murray Funeral Home, N7199 N. Crystal Lake Road, Beaver Dam. On Tuesday, June 25 from 1-2pm at Edgewood Community Church, 201 Edgewood Drive, Waupun there will be an open casket before the funeral service starting at 2pm with the Rev. Mike Giebink officiating. Burial will follow the service at Forest Mound Cemetery in Waupun. Please join the family for dinner at the church following the burial. Special thanks to the doctors, nurses, and staff of St. Joseph’s Hospital in West Bend, and especially to Bill and Mary’s faith family at Edgewood Community Church in Waupun for their prayers and support. In lieu of flowers, please make contributions to Edgewood Community Church, Waupun, Wisconsin 53963.