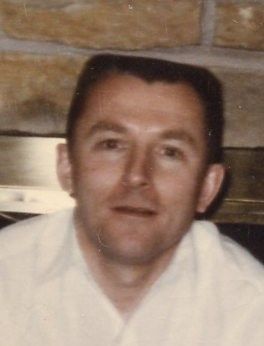 William H. Milarch Jr., 74, passed away peacefully at home Saturday, June 24th, 2017. Bill was born December 26th, 1942 in Iron River, Michigan, the son of William Sr. and Mary Milarch. Bill was a longtime resident of Beaver Dam, Wisconsin, where he graduated from Beaver Dam High School in 1961. He graduated from UW-Oshkosh with a teaching degree. Then pursued post- graduate studies at UW- Milwaukee. After several years of teaching, Bill followed in his father’s footsteps. He obtained two degrees from Advanced Traffic Management School in Chicago. He worked at Continental Can in Chicago, at Allard Express in Watertown, WI and on to Perry Printing in Waterloo, WI retiring in 2001. On January 15, 1972, Bill was united in marriage to his beloved wife Susan Jacobsen. In 1975, they welcomed their daughter Sheryl Ann into their lives. Bill was a devoted husband and father. He was a devout Catholic with so much life, love and character (and yes that discipline!), a graduate and member of St Patrick’s School and Church and continued his membership with St Katharine Drexel Church in Beaver Dam. Being Grandpa was a joy of his life. Bill enjoyed sports with family and friends and his time share at Nicolet Shores near Eagle River, WI. He considered it a little piece of heaven for family bonding and reconnecting with his roots in the Upper Peninsula. He was an avid sports fan, especially Badger football and basketball, and The Green Bay Packers. With season tickets to Badger football and brotherly love, he and Warren went from home games to the Rose Bowl, and bowl games in between. From Badger Games to Packer games, to college bowls and super bowls, he and Warren saw many, including the greatest game ever played in sports, “The Ice Bowl.” Playing baseball as a kid, he also enjoyed Brewer Baseball. Win or lose, he enjoyed the games! Bill was preceded in death by his brother, Warren; his parents, Bill Sr. and Mary; and his wife, Susan. Bill is loved and survived by his daughter, Sheryl Milarch of Beaver Dam; grandchildren, Savanah Milarch of Beaver Dam, and Caleb Spittel of Horicon; his sister, Janet (Steve) Lindholm of Plymouth, MN; sisters-in-law, Paula Milarch of Beaver Dam and June Gaeke of Leverette, MA; a brother-in-law, Steve Jacobson of Madison, WI; nieces and nephews, Kristin Herzig of Minneapolis, MN, Jenny Lindholm of Big Lake, MN, Amy Roehl of Plymouth, MN, Melissa Lindholm of St. Paul, MN, Michael Lindholm of Charlotte. NC, Tracie Milarch of Beaver Dam, Tara Milarch of Beaver Dam, Adam Jacobson of Leverette, MA, and Adrienne Jacobson of Arlington, MA. In lieu of flowers, memorials can be made to St Katharine Drexel School, 503 South Spring St., Beaver dam, WI 53916, or Prostate Cancer Foundation, 1250 Fourth St, Santa Monica CA 90401 The memorial gathering will be at St. Katharine Drexel Catholic Church in Beaver Dam on Saturday, July 1, 2017 from 10:00 a.m. until 11:00 a.m. The Mass of Christian Burial will follow at the church on Saturday at 11:00 a.m. with Fr. Mike Erwin officiating. Inurnment will be at St. Patrick Cemetery in Beaver Dam. The Koepsell-Murray Funeral Home in Beaver Dam is caring for the family. To leave online condolences, or for directions and other information, please visit our website at www.KoepsellFH.com.